After Carlos Magalhaes blogged about the way the DisplayName is automatically formatted in the Active Directory Users and Computers MMC Snap-in (dsa.msc or ADUC as Carlos refers to it) for new users I remembered the time a customer of mine wanted to have the Display names in de Global Address List (GAL) within Microsoft Exchange … END_OF_DOCUMENT_TOKEN_TO_BE_REPLACED 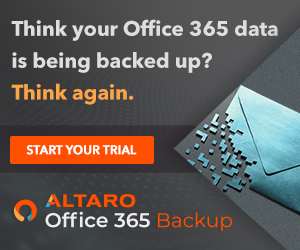