If you're serious about testing Microsoft products you'll want to be in the Microsoft Connect program. But who's in it? Where are they located? With how many are they? This information is now available on the Microsoft Windows Vista program!

I was stunned by the statistics, especially the fact that two weeks ago exactly half of the people in the Microsoft Windows Vista Connect program we're located outside of the U.S. What really blew me away however were the detailed maps on these locations. The map of the 'Vista' world might just be suitable for a 10 by 15 feet print: 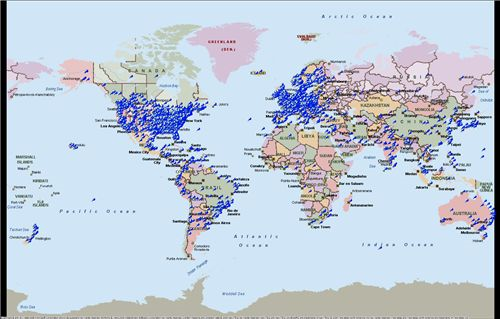