When I checked into my MSDN subscription this morning I found a nice little download called "Windows Server Longhorn Standard Beta 3 Escrow". Despite its appearance this is the April 2007 Community Technology Preview (CTP). Robert McLaws already predicted last week this download would be available this week. 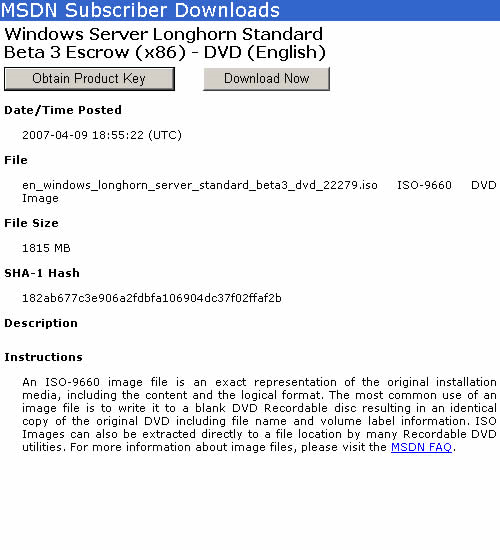 This download could mean you don't hear for me in a while. I've been craving for Powershell in Windows Server codename "Longhorn" and look forward to using a Server Core installation as an Active Directory Domain Controller…