After three rather serious posts on changing Server Core I feel it's time to change some settings that are just fun to change. Let's look at the splash screen at boot time and the picture on the logon screen. I'll conclude with a grand tip to show off your Server Core geekness.

Windows Vista offers a nice trick when you're bored with the normal splash screen. You can change it so it doesn't show the simple green progress bar. Instead it will show an image in the liking of the Windows Vista under water scene or an image of a blueish aurora (SP1). Long Zehn has pictures to show what I'm on about. In Windows Server 2008 you can change the splash screen as well and it looks like this: 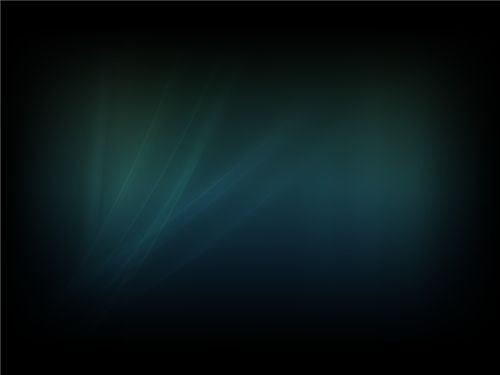 You can download EasyBCD from Neosmart if you'd want to do this in a graphical tool. Of course Server Core admins are real men and we don't need a graphical tool for this… especially since Windows already has a command line tool to do this, called the Boot Configuration Database Editor (or bcdedit for short)

To change the progress bar with the picture, type:

Note:
To change it back, type:

If you're still not satisfied with your splash screen you can actually change it. Rick van Dijck (who is also from the Netherlands)  is the webmaster for MyVistaBoot. His website shows you how to replace your winload.exe.mui with one from his website. (Since you already changed the No GUI option with the command above you can skip that step)

Changing the picture on the Logon screen

Another neat thing to do in Windows Server 2008 Server Core is to change the picture for your user account, when you're operating it in a workgroup setting. (in an Active Directory environment you can specify User Account Pictures through the Active Directory) By default user accounts don't have a picture, because the Windows Server team decided to leave out all the user account pictures. I guess they anticipated we didn't want our administrator accounts to be associated with flowers…

Instead we want our accounts to be associated with something cool like our corporate logo: 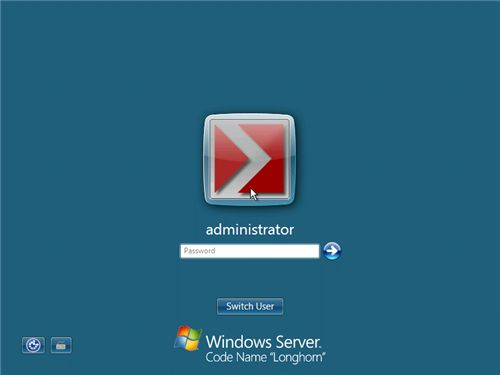 If you want a picture associated with your account on the logon screen you need to do the following:

All you need to do is change the properties of the Command Line window. There are two ways to accomplish it, where only one allows you to easily reverse it again: (so I'll just show you that one) Press ALT and ENTER at the same time while the focus is on the command line window. If you want to go back just press it again.

When you're using the DOS box in full screen mode you might actually make your fellow admins turn pale by changing the colors of your DOS box to match the colors of a stop error. It's not as effective as installing the Blue Screen Screensaver but is does the trick. 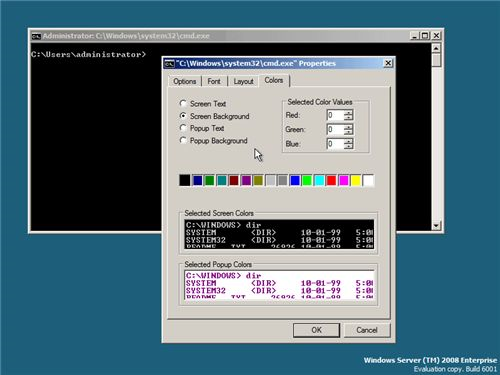 You can change the colors of your DOS box by right clicking on the title bar of your command line window. Then select "Properties" and hit the "Colors" tab. When your done press the "OK" button.

This post showed two tricks to change the look and feel of Windows Server 2008 Server Core before you get to work on it. Changing the splash screen and user account picture isn't hard, but you just need to find where to change it.

I wonder how much longer the Windows team allows us to have User Account Pictures in Server Core. We're supposed to be command line-addicted men, right? That's why I prefer to run my command box full screen. Geek on!

This is the final part in this series.