Dave and I are your DirTeam bloggers on Microsoft’s Tech∙Ed Europe Middle East & Africa (EMEA) conference for IT Professionals in Barcelona (Spain) from November 3rd, 2008 to November 7th, 2008.

Yesterday marked the start of the IT Pro Conference and from my perspective was pretty remarkable. Highlights: Brad Anderson’s keynote ‘announcements’, Steve Riley’s advice on raising children, a track owner getting stood up, getting beaten by a girl and clubbing in downtown Barcelona. 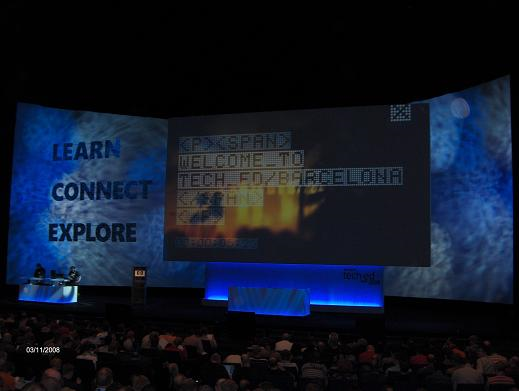 After Brad’s session I went to see a session, presented by Steve Riley. He had a presentation on ten things to do or else get 0wn3d. A good presentation, a good message, and as is usually the case when Steve presents: a nice piece of entertainment!

The story that’ll stick with me was how he explained to Dylan, his son, the importance of protecting your gear. For his sons HP laptop they both installed the box from scratch with Windows Vista and installed all the other useful programs that allow one to surf the Internet (Adobe stuff). After the box was the way his son liked it, Steve said to him:

We have now spent four hours on installing your laptop. If you do anything that might corrupt your laptop you will be spending the same four hours installing it and I won’t be there to help you.

Now that’s what I call a sound way to raise a child. Way better compared to handing over a laptop that’s completely locked down. Layer 8 security!

After this session I intended to attend a session on Hyper-V Security and Best Practices, but unfortunately the speaker was untraceable at the moment the session needed to start. Arlindo Alves (the track owner for the track the session belongs to) instead improvised the session showing the original slides. Respect!

After this session I was called by Neil Palmer and asked whether I’d be able to present at the Speaker Idol 7:00 pm heat. Of course it wasn’t a problem! Actually… nothing’s a problem for me. It’s why I wear my Jamaica sweater. [H]

So I found myself being the third presenter at the Speaker Idol heat after Geert Baeke and Alex de Jong. We all had solid presentations, but the fourth speaker actually won the heat: Maral Topalian. Yes, that’s right! We were beaten by a girl! 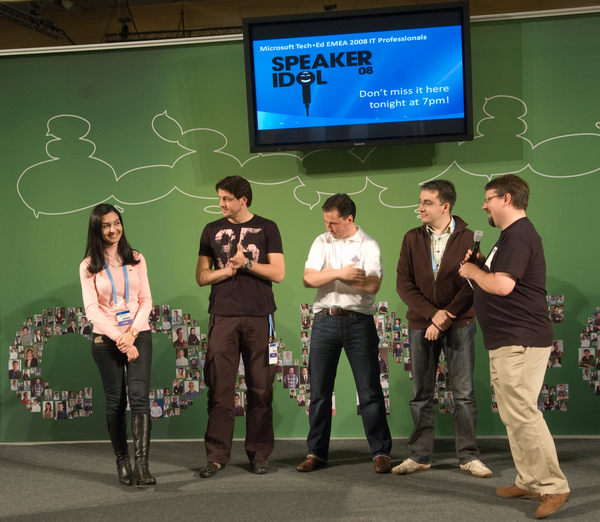 It was good fun though and that’s what the community area is all about!

Around 9:30 pm, when Dave and I were at the hotel room Daniel van Soest called. He was meeting up with a couple of guys from the Netherlands and he wondered whether we fancied joining him. No problem!

After doing a tour with Daniel through the old parts of downtown Barcelona we went to drink some cocktails with the guys in a cocktail bar and had some fun conversations. After what felt like an hour we went on to a club. The first club we visited wasn’t a success. It was totally empty. We took a cab to Vila Olympic and ended up in a club called Shôko.

This club is good fun, even on a Monday night. Loads of people and good music! Daniel was showing some off his moves to try and get other guys engaged in a dance off, but it didn’t work. Daniel attracted a guy with a bottle of red label, though, which led to a little situation, that Daniel easily rectified.

We went back to the hotel and went to bed at around 4 am. Dave snores, but fortunately I’m a sound sleeper. I didn’t have any trouble falling and staying asleep: My intoxicated head touched the pillow and I was out.