Dave and I are your DirTeam bloggers on Microsoft’s Tech∙Ed Europe Middle East & Africa (EMEA) conference for IT Professionals in Barcelona (Spain) from November 3rd, 2008 to November 7th, 2008.

Tuesday was the first ‘normal’ Conference day. Highlights include keeping an eye on my credit card, asking questions to the Active Directory team and enjoying a night at the Hilton next to Steve Riley, Jesper Johansen, Aaron Margosis and Chris Jackson.

On Tuesday we had to get up early. I made a promise to Andy Malone to attend his session on identity theft and it started at 9:00 am. Andy was having good fun with credit cards from the audience (including mine), but he didn’t charge anything on it. (at least, my balance is not showing any weird things …yet)

I decided to attend some sessions, so I listened to John Goodman on advanced troubleshooting Microsoft Exchange Server 2007, watched Gershon Levitz take the wraps of Forefront Threat Management Gateway (TMG), the successor to ISA Server 2006.

After lunch I went to a whiteboard session by Robert deLuca and Alain Lissoir on Active Directory advancements in Windows Server 2008 R2:

A night at the Hilton 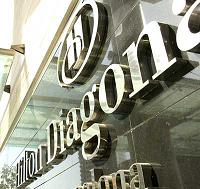 After these sessions Dave and I met up with Sietse Daudey, who is the owner of Let Me Do IT and a former colleague of ours. We had a nice drink in the lobby of the Barcelona Hilton with Zane Adams, senior director of virtualization at Microsoft, who I accidentally ran into again.

Afterwards we enjoyed a dinner at the first floor and talked about various topics. We basically came to the conclusion events like Tech∙Ed are useful for gaining a better understanding of Microsoft products, plotting long term strategies for customers and social networking.

After dinner we went back to the lobby of the Hilton and joined Steve Riley, Aaron Margosis, Jesper Johanssen, Zane Adams, Gerard Verbrugge, Karen Young and a whole bunch of other Microsoft guys and girls. We were watching CNN on a big screen, following the US election, while slamming down Sambucos and Heinekens.

The guys were really nice, explaining to me what the numbers meant, why the numbers are (not) important and how certain states are more interesting to watch than others. When it became clear Obama would be elected as the president of the USA, I decided to bid farewell and hit my bed at the AC hotel, which luckily is only a two minute walk. (if you’re able to walk a straight line)

At 4 am I hit the sack. A trend is emerging?