This morning I performed a ‘zero to live migration’ demo for the joined HP Netherlands, Hyper-V.nu (Dutch Hyper-V Community) meeting. You can find more information on this meeting on my previous blog post.

I brought my photo camera with me and asked Jaap Wesselius to take some pictures, while I showed some slides from a custom slide deck (in Dutch) and performed my demos for the audience (approximately 40 people).

Here are some of the pictures Jaap shot during the session: 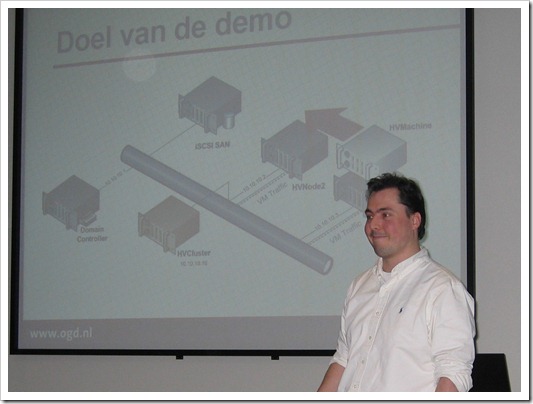 With a big grin I explained what I was up to this morning. The unsuspecting audience had no idea. In the back is one the slides in the deck, titled “Purpose of the demo”, showing the environment. The red arrow shows the Live Migration stuff. 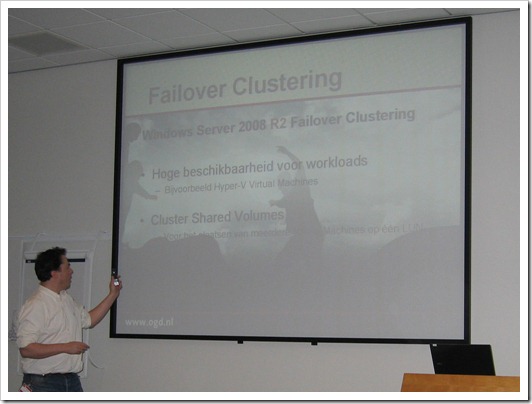 In the photo above, I explain the Failover Clustering feature in Windows Server 2008 R2 and how it helps to achieve high availability for Hyper-V Machines. Of course Cluster Shared Volumes (CSV) gets some attention too. 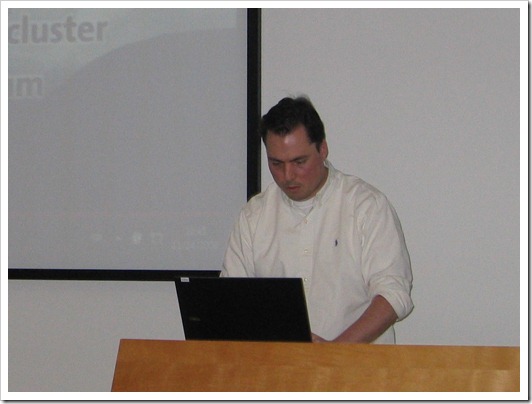 Jaap also shot a picture while I was performing some serious command-fu. In this picture I connect to one of my Hyper-V Server 2008 R2 nodes to add it to the cluster.

I had a great time!
(and I think I’ll bring along my photo camera more often)