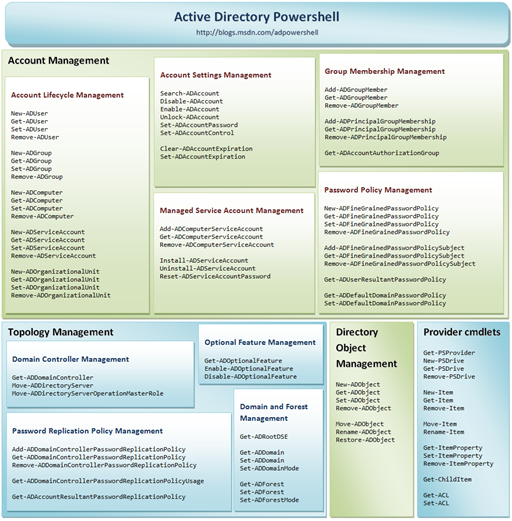 In Windows Server 2012, Active Directory PowerShell has been extended with various new PowerShell Cmdlets. These new Cmdlets extend beyond the areas of Account Management, Topology Management and Directory Object Management.

You’ve already seen one of these PowerShell Cmdlets in action in Part 2 of this series when we promoted a server to a Domain Controller from the command-line and other Cmdlets are used under the hood by the automated Active Directory preparation feature.

To gain access to the PowerShell commands, you need to use either:

If only, there was an easy way to learn PowerShell… Oh wait, there is! Read more about it in Part 4 of this series.