Yesterday was a special day. For the first time, my employer organized a customer event for over 300 people at the Van Nelle Factory in Rotterdam on a piece of technology not even available mainstream. We dubbed the event “Samen Slimmer met Windows 8 en Windows Server 2012”, an event title that roughly translates to “Better Together with Windows 8 and Windows Server 2012”.

I was the technical content owner for this event.

This meant I designed the program, chartered colleagues as speakers, asked external speakers Daniel van Soest and Raymond Comvalius to help out, took care of an on-site Hyper-V-based demo environment, designed the demos and slides for the technical track, and communicated about the technical requirements with the venue.

Roel Nikkessen, our CEO, started the event with a short introduction. 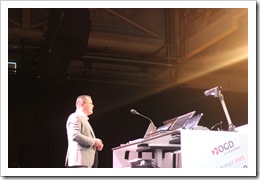 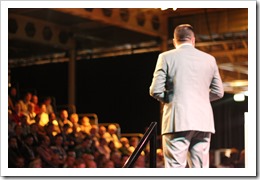 Afterwards, Daniel van Soest and Marcel Nieuwpoort presented an awesome keynote on the integration advantages between the different members of the Windows family  and how to manage Windows 8 in the enterprise: 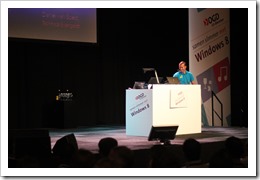 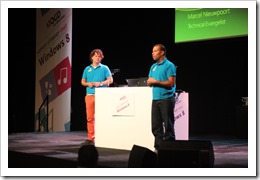 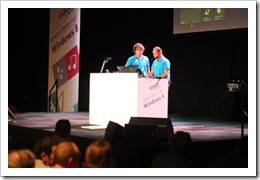 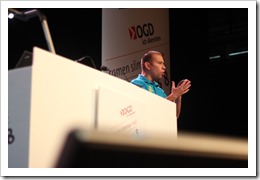 After a short break I presented three sessions for approximately 2 hours. The first 45 minutes I interviewed six colleagues on their favorite “Better Together” features in Windows 8 and Windows Server 2012:

Each one, presented a small demo on their topic, which was a lot of fun. 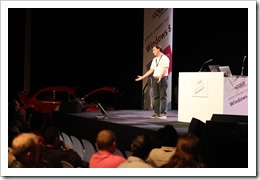 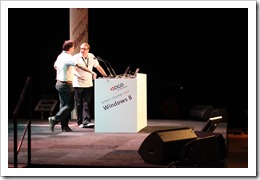 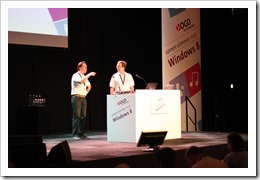 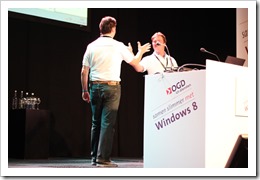 The second 45 minutes session started with a 15-minute demo/comparison between System Center Configuration Manager 2012 (with Service Pack 1 Beta) and the Microsoft Deployment Toolkit 2012 with Update 1 by Rik van Berendonk and Rinko Rijnhout: 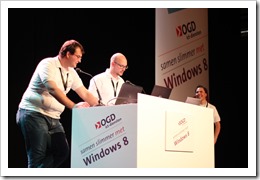 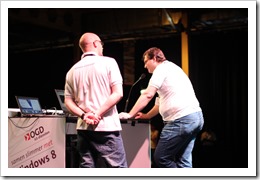 Then, I discussed the new Group Policies for Windows 8 with Roland Zenhorst. We specifically zoomed in on the Prohibit connection to roaming Mobile Broadband networks policy as part of a strategy avoid high bills for 3G/4G connected Windows 8 devices.

Together with Joost Koelman, we looked at App-V, which is part of the Microsoft Desktop Optimization Pack for Software Assurance (MDOP). This technology is used intensely in our cloud solution, called Officium. So I invited Maarten Jongepier, the manager of this offering and the first suit, on stage to pitch his platform as the ultimate platform to host legacy applications and bring the new Windows 8 interface to iPads and other android devices through Remote Desktop Services (RDS) and Citrix XenApp. Marien de Gelder, our software development manager and also wearing a suit for the occasion, came on stage next to show off our Windows 8-style Service Delivery Dashboard app, the first Windows 8 app we produced for customers: 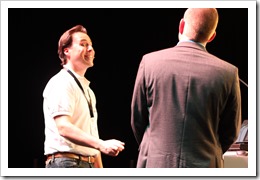 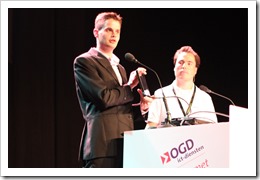 To conclude the second session, Raymond Comvalius and I introduced the audience to the framework we developed in the last year, that helps people perform successful Windows migrations.

The third session was designed as a server virtualization platform battle between VMware’s vSphere 5.1 platform and the combination of Hyper-V in Windows Server 2012 and System Center 2012 (with Service Pack 1). 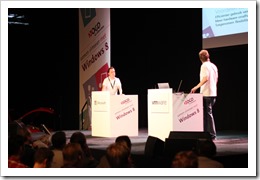 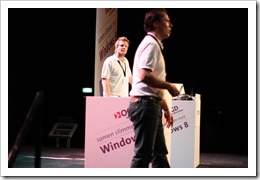 This highly energized session was the last session of the day. A good day.

social_news_1126
https://dirteam.com/sander/2012/10/12/pictures-of-the-technical-track-of-the-october-11-samen-slimmer-event/
Pictures of the Technical Track of the October 11 “Samen Slimmer” event