Pictures of the December 11 IT Camp with Tony Krijnen

As announced in an earlier blogpost, I hosted a Microsoft Netherlands Datacenter Virtualization IT Camp with Tony Krijnen on December 11, 2012. We had a lot of fun and in this blogpost I’ll try and share some of the fun.

During the Datacenter Virtualization IT Camps, IT Pro attendees, work their way through a series of exercises to explore a few of the possibilities of the new Windows Server 2012 Operating System, with the main focus on what’s new in Hyper-V 3.0.

The labs were categorized into groups covering the server infrastructure, new Windows Server 2012 functionality and the new features in Hyper-V virtualization. In the final lab a Failover cluster is featured.  The first part of the labs could be done individually by the attendees on their own laptops (which we politely asked to bring), but for the second part they needed to team up with a fellow IT Pro attendee to join their machines and do labs together and perform Shared Nothing Live Migrations, and the like.

The room was arranged in a cabaret meets classroom style with tables. Tables were set with two seats, but attendees quickly changed some of the prearranged seating to their needs. The room was packed: 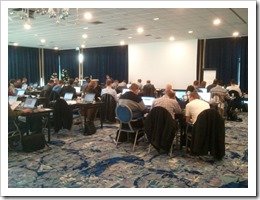 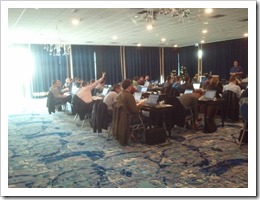 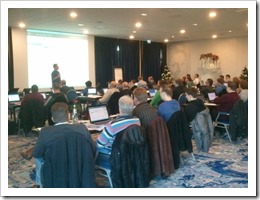 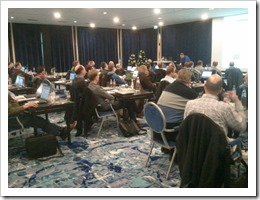 Since the venue was a hotel, lunch was fantastic!

After lunch, I gave my presentation on Domain Controller Cloning with Windows Server 2012. It had been 8 months, since I gave that presentation (last time was at the Dutch OS Day), so I had to do some work on the slides. Also, this was the first time I performed this demo on Windows 8 as the virtualization host. As it turns out, even Hyper-V on the client supports VMGeneration-ID, so my Domain Controller cloned without a hitch. 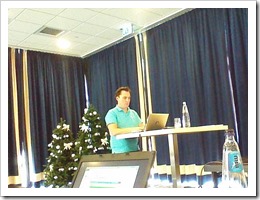 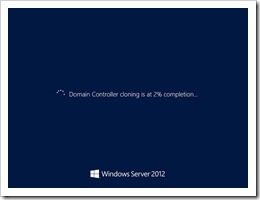 At the end of the day, Tony demoed his 2-node Hyper-V cluster, based on shared storage offered by a 3-node Scale-out File Server cluster. All his machines were running Windows Server 2012, of course. 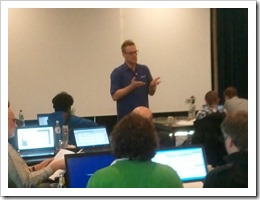 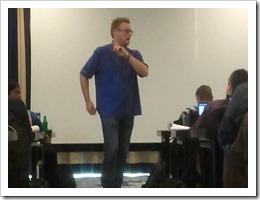 social_news_1300
https://dirteam.com/sander/2012/12/14/pictures-of-the-december-11-it-camp-with-tony-krijnen/
Pictures of the December 11 IT Camp with Tony Krijnen