So you want to continue using Windows XP? 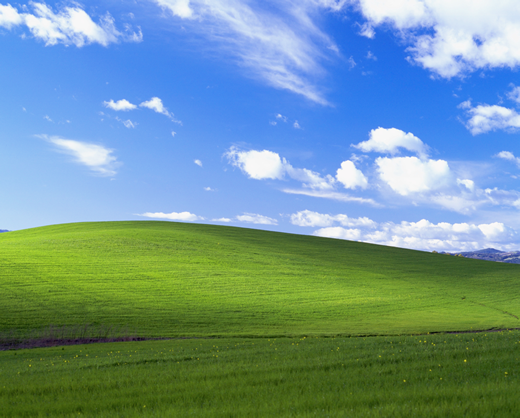 One year of Windows XP support remains. After twelve years, now is the time to migrate off this 2001 Operating System or to take your security measures to assure your colleagues experience the least impact of the End of Support (EoS) situation. Of course, migrating to a later version of Windows or to another (supported) Operating System is the best approach. If, however, you want to continue running Windows XP in your organization, you should begin taking measures, beginning today:

A decade ago, when admins started deploying Windows XP machines, often, colleagues were given accounts with local administrative privileges. Many organizations came from Windows 9x and colleagues were used to having these privileges on their systems and demanded it (back). However, when logged on as an administrator in Windows XP, every action performed, is performed with total control over the system. When a colleague, logged on as an administrator, encounters malware, this piece of malware is capable of taking full control over the system, including installing a hypervisor to make itself undetectable from malware scanners.

Windows XP installations should be checked for accounts that are members of the local Administrators group. Colleagues that are part of this group should have a good reason to be in it. Applications that require administrative privileges can be run through runas.exe.

When done, you should create a group policy to fill the local Administrators groups on your Windows XP machines based on Restricted Groups. This group should be as empty as possible and configured in replace-mode.

Also, the built-in local administrator account on all your Windows XP machines should be disabled, where possible. You can perform this action in various ways, but the most effective method is through Group Policy. The Accounts: Administrator account status was introduced to this purpose, specifically.

Note:
While this image can be used to reimage Windows XP computers, it will have no effect on the current install base.

Now, some updates require earlier updates. It is, therefore, an illusion to think that updating a Windows XP computer once, will update it to the fullest. Also, running Windows Update might confront your colleagues with a hundred updates and the accompanying hours of their unproductivity to install them.

Centralized update solutions, like the free Windows Server Update Services (WSUS) and C’t’s WSUS Offline Update, allow a phased roll out of Windows Updates and Service Packs, but you should start to do this today if you want to make sure your Windows XP computers are up to date on April 8, 2014.

Don’t use the built-in programs to access the Internet

Windows XP comes with several built-in tools, like Internet Explorer, Windows Media Player, Wordpad and Notepad. With the End of Support in sight, you should at least change processes and behavior within your organization to move away from these programs, since these programs are updated through Windows Update and, thus, don’t receive updates after April 8, 2014.

Software Restriction Policies can be used to limit access to the built-in programs. After April 8, 2014, you can use hash rules without problems, since the hashes will no longer change due to the lack of updates.

Malware scanners come in many forms and shapes. Everyone has their own favorite, but for your organization you should be looking for a centrally manageable malware solution, like McAfee’s ePolicy Orchestrator, Symantec AntiVirus Corporate Edition and Microsoft System Center Endpoint Protection. These solutions let you manage your anti-malware measures centrally and empower you to stay on top of outbreaks.

Scanning mere workstations for malware is not enough. You should scan for malware on user-accessible network locations (like file- and mailservers) and, ideally, on the perimeter of your network. If you possess a perimeter device that supports malware scanning, enable it.See if you can enable Intrusion Detection (IDS) and Host Intrusion Prevention (HIPS) too.

Luckily, centralized management also means centralized updates. When giving a choice, make sure to check for updates at least daily for workstations and hourly for mailservers and perimeter devices.

Most anti-malware solutions for endpoint protection include firewalls. If yours doesn’t, or if you don’t want to use it, Windows XP with Service Pack 2 comes with an elaborate firewall.

The built-in firewall can be configured with Group Policy to allow only the traffic you want to allow, based on port, program, protocol and host whitelisting. This will raise the bar significantly for malware to communicate and propagate.

Testing of firewall rules is easy with the logging feature. Instead of dropping connections, you can just log them. The logs will show you the additional rules to create. Also, free network traffic capture tools like Netmon and WireShark can be useful to analyze (the purpose of) network chatter.

Running the most recent version of a 3rd party browser, will not ensure you have the recent version of the add-ons, plug-ins and extensions used within the browser. Software from Adobe, like Flash, Reader and its Shockwave Player and Oracle (Java) will need to be updated regularly or disabled. These notorious programs have been known to provide attack vectors on fully patched Windows installations, so if you can’t keep them up to date, disable them.

While the End of Support for Windows XP is gathering quite some mainstream media attention, you should be aware of the lifecycle of the other business-critical Microsoft software in your environment. On Windows XP clients, the most obvious business-critical Microsoft program would be Microsoft Office. You should  be aware that support for Office XP (version 2002) ended on July 12, 2011. Support for Office 2003 ends on April 8, 2014 too.

If you want to keep using Office XP or Office 2003, make sure to update it and disable macros. Also, think about using Outlook Web Access / Outlook Web App and not Outlook. These measures will defuse most Office-based attacks, but will not protect you from leaks within Office programs. If you want to safely exchange documents with partners and customers over the Internet and through mail, make sure to upgrade to Office 2007.

Note:
You cannot install Office 2010 or Office 2013 on Windows XP. If you want to migrate to these Office versions, you will need to migrate the Operating System first.

Build a software and documents repository

With many software vendors ending their support for Windows XP at the same time as Microsoft does, you could become stuck in the situation where you can no longer download the version of a program that you need. Or the documentation on how to install it, configure it and/or manage it.

social_news_1325
https://dirteam.com/sander/2013/04/08/so-you-want-to-continue-using-windows-xp/
So you want to continue using Windows XP?