Identity and Authentication in the cloud: Office 2013 and Office 365 (Poster) 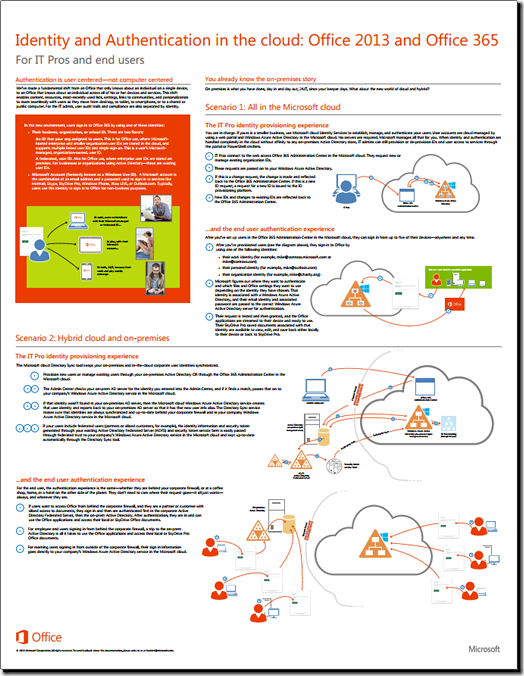 You can download the poster in both PDF and Microsoft Visio Drawing (*.vsd) format. The PDF can be used across Operating Systems (as would identity and authentication in the cloud), where the Visio drawing can be used to reuse some of the drawing in your own drawings and/or presentations.

This PDF would also do nicely over your bed, but could also be used to escape from Alcatraz, if that more resembles your situation…

Today, Microsoft has released an update to the Server Posterpedia app. I’ve mentioned this app before and it has seen several updates since. Today, the Identity and Authentication in the cloud: Office 2013 and Office 365 Poster was added to the app. You’ll be able to spot it when you scroll to the right in the app under Office.

Posted on May 8, 2013 by Sander Berkouwer in Active Directory, Azure, Office 365, Windows Activation