The proud owner of the first official Dutch Microsoft Surface Pro is … me. 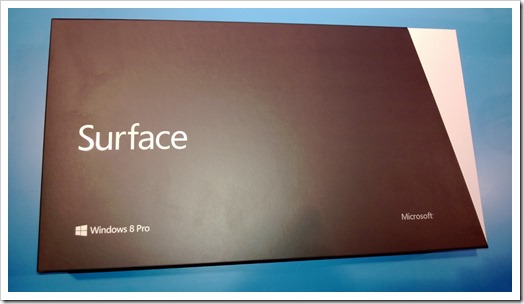 Yesterday evening, Microsoft Netherlands organized a Pre-Launch Party for the Surface Pro. The event was hosted by the Windows Client Marketing Team from the Dutch Microsoft subsidiary and located at the Microsoft Brand Store in the busy Kalverstraat of Amsterdam: 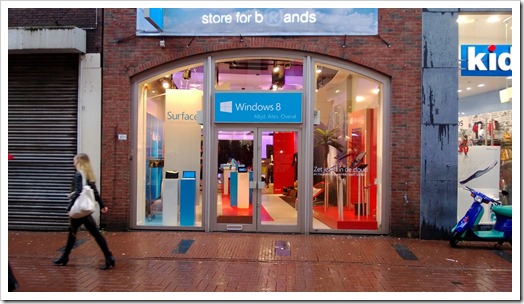 I won the device during a pub quiz in four rounds.

The first round was a team round, where teams had to answer 22 multiple-choice questions. Most of these questions were around Microsoft (history), but also a couple of music-related questions were asked. Our team (dubbed Team 42) won this round by answering 14 questions right. With Helmer Zandbergen and Martien de Kleijn in our team, our team was the strongest team.

In the second round, we had the opportunity to answer 5 multiple choice questions. All four of us had four correct answers. We then proceeded to a shoot out question (round three), which none of us knew the answer to. The last question was a question on the number of active users of HotMail and Outlook.com in the Netherlands in May 2013, according to ComScore.

My guesstimate of 8 million wasn’t too far off and won me the Surface Pro device: 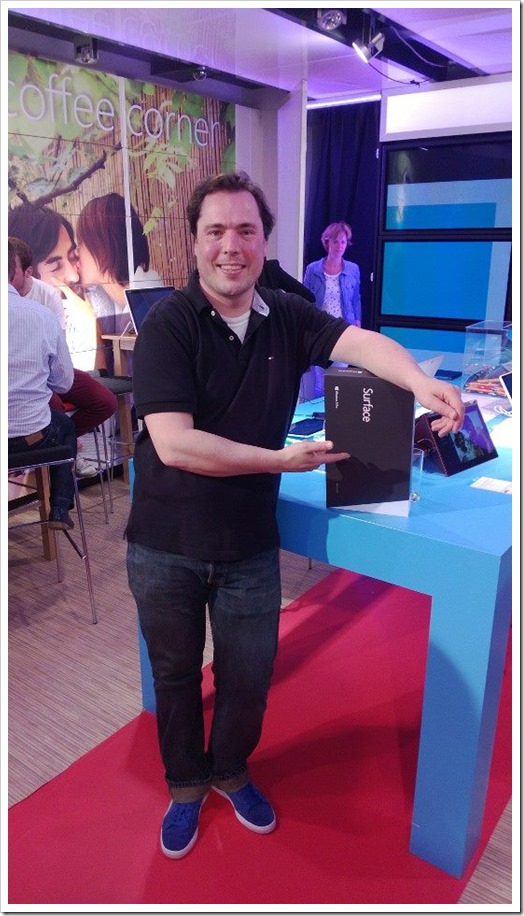 Posted on May 30, 2013 by Sander Berkouwer in Personal, Product and Manufacturer News