Security Thoughts: Pass the Hash and other Credential Theft

Although we’ve seen presentations on Pass the Hash attacks for years, now is a good time to actually make good on that New Year’s resolution to start hardening your Active Directory environment against these, and other related attacks.

Roughly six months ago, Patrick Jungles, a Security Program Manager working with Microsoft’s Trustworthy Computing group in Redmond, presented a session at the BlueHat Security Briefings event on Pass the Hash and Other Credential Theft and Reuse: Preventing Lateral Movement and Privilege Escalation: 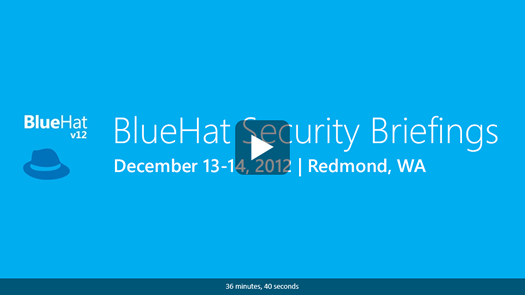 Although this is a slightly older session on the topic, I thought to bring it to your attention, since the accompanying whitepaper details information that wasn’t just used for this presentation, but also for two presentations at both TechEd North America and TechEd Europe.

The Pass the Hash and Other Credential Theft and Reuse: Preventing Lateral Movement and Privilege Escalation session at TechEd North America was presented by Aaron Margosis and Mark Simos: 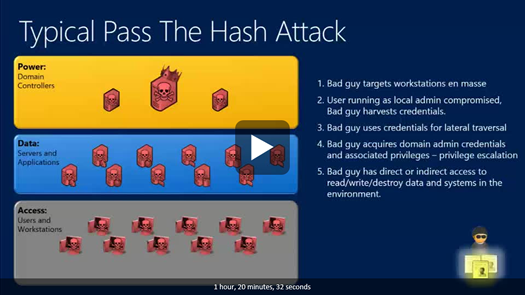 The session at TechEd Europe was the wildly popular Live Demonstration: Hacker Tools You Should Know and Worry About session by Marcus Murray and Hasain Alshakarti at TechEd Europe 2013 in Madrid last month: 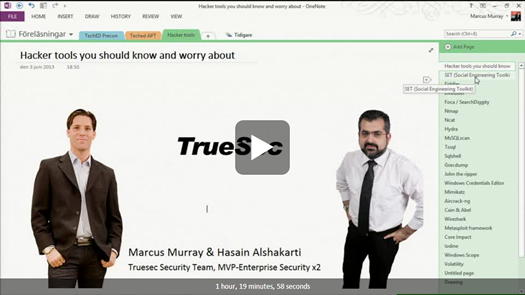 Now, both these sessions have their roots in a whitepaper, published by Microsoft in December 2012 on mitigating Pass the Hash (PtH) Attacks and Other Credential Theft Techniques, like Keystroke Loggers, Stored Passwords, Brute Force Atacks, Man-in-the-Middle attacks and attacks against the Local Security Authority Subsystem (LSASS).

In this 80-page document, written by Patrick Jungles, Mark Simos, Roger Grimes, Aaron Margosis and Laura Robinson, the authors explain what the Pash the Hash (PtH) attack actually is:

A Pass-the-Hash (PtH) attack uses a technique in which an attacker captures account logon credentials on one computer and then uses those captured credentials to authenticate to other computers over the network. A PtH attack is very similar in concept to a password theft attack, but it relies on stealing and reusing password hash values rather than the actual plaintext password. The password hash value, which is a one-way mathematical representation of a password, can be used directly as an authenticator to access services on behalf of the user through single sign-on (SSO) authentication.

After watching the videos you might want Microsoft to close this gap, but Microsoft is very clear about that:

Credential theft and reuse is not a problem that can be addressed with a simple software update.

This leaves us with a job. A serious job, because the whitepaper points out the following tasks to mitigate Pass the Hash (PtH) attacks:

Other actions you can take to prevent these types of attacks mentioned in this whitepaper, are:

The above actions are considered security best practices. I encourage you to implement these best practices, where applicable to your environment. Especially, since the tools used to perform Pass the Hash (PtH) attacks are available to everyone for free.