All my devices now upgraded to Windows 8.1

As Windows 8.1 was released yesterday, I started upgrading the devices I use as my daily drivers in my extended Bring-Your-Own experiment and my lab environment. Also, I added an older system to prove a colleague Windows 8.1 does, in fact, run on 8 year old hardware: 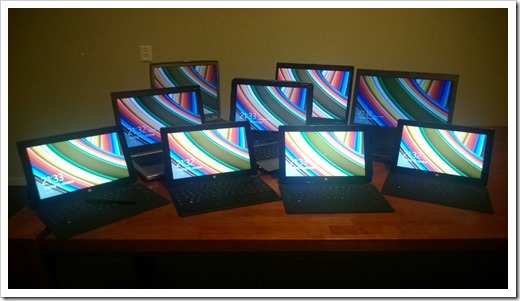 As you look closely, you could distinguish:

All devices have been updated with the Dutch language pack and configured with the same Microsoft Account.

Now, to enjoy my weekend.

Posted on October 18, 2013 by Sander Berkouwer in Microsoft Windows 8.1, Personal