Our day at CeBIT started around 5 AM at our Delft Office, where we met to embark on our 4-hour drive to Hannover via Utrecht, Almelo and Osnabrück. It was a beautiful morning with a red moon just above the horizon and as we saw the sun rise it became apparent it would also become a nice day. 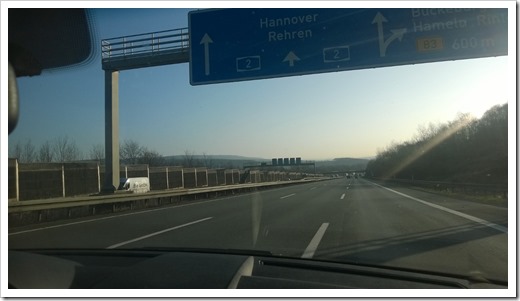 We arrived at the Hannover Messe at around 9:30 AM, via the infamous two-lane one-way highway. We parked at Ost 14, crossed the bridge and entered the Messegelände through Hall 3. Hall 3 was home to a booth by Topdesk, our sister company Dutch. We enjoyed a nice cup of coffee at their booth and acclimatized immediately. After all, we’re no CeBIT first timers…

In Hall 4, we encountered booths by T-Mobile, SAP, Salesforce and Microsoft. That’s right; their four booths covered a whole hall: 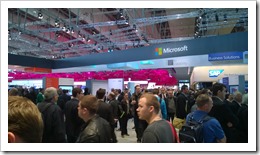 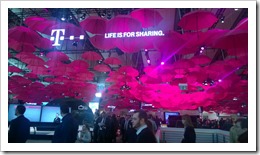 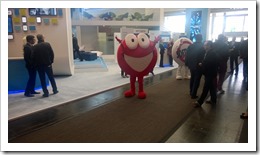 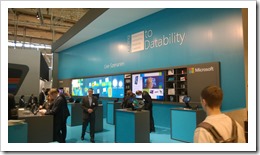 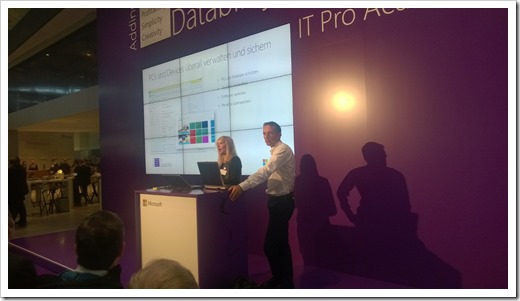 From Hall 4, we made our way through a couple of other halls at CeBIT and met several innovative new technologies, like the prosthetic hand from Touch Bionics, that enabled a woman to use the muscles in her underarm to move the fingers. An app on a device allowed her to program and tweak hand movements. This active prostheses allowed her to pick up and hold objects (without crushing them) and even shake hands. 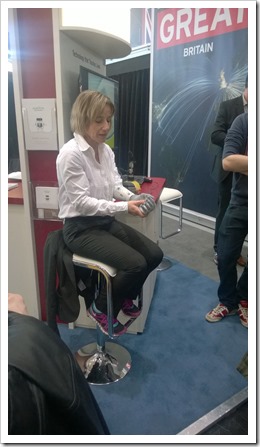 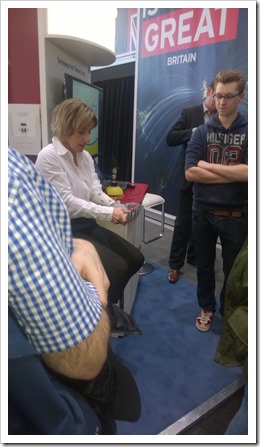 While the personnel at Touch Bionics’ booth aimed at showing the internal working of their i-limb ultra with its active skin, sparking comparisons to RoboCop, this company also offers a skin matching program, making for perfect integration.

A couple of feet from this booth, Iameco showed their line of green electronics: PCs and laptops made from 100% recycled materials, like wood and aluminum. An impressive feat and well worth a second look, despite the fact that most employees probably prefer a new laptop to a ‘used’ one.

Another CeBIT 2014 Innovation Award winner, Kinematic Blocks, also was able to show off their technology: Robotics for children. 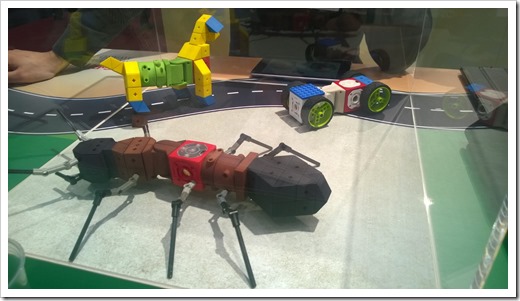 This video illustrates their tech perfectly. I feel this is going to revolutionize the way toddlers are going to look at robotics and technology. The fact that they made their blocks 100% compatible with Lego Technics is a nice bonus. I wouldn’t be surprised if this tech made it to the top of the toys award lists.

We had a nice lunch and for the afternoon headed for the higher-numbered halls. CeBIT wouldn’t be CeBIT without halls and halls filled with South-East Asian companies, offering all kinds of IT-related means under the most straight-forward company names:

Also, we encountered the worldwide market leader in power supplies for ATM machines in the Hall with all the banking companies. I didn’t know them…

Of course, a visit to CeBIT wouldn’t be complete without a visit to the Munchner Halle. 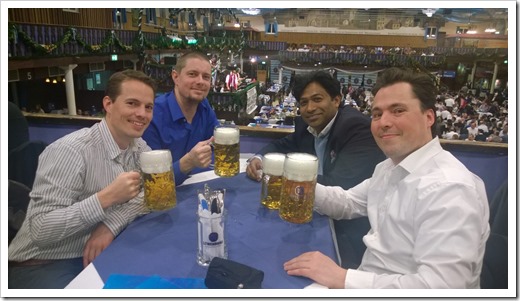 Posted on March 14, 2014 by Sander Berkouwer in Community, Personal