When you lose a bet…

People who know me, know me as a guy who likes to motivate people with random bets. It’s not intrinsic motivation, but it’s the kind of motivation that gets things done.

A few weeks ago, I made a bet with a couple of colleagues. These colleagues were competing in the Winter 2014 worldwide PowerShell Scripting Games with the help of the Dutch PowerShell User Group. They had a steep learning curve, underestimated the work and their morale was low. "Time for a bet", I thought.

So, with Jeff Wouters as our mutual witness, I bet I would buy a cake if one of the three teams we entered from within our company (DuPSOGD1, DuPSOGD2 and DuPSOGD3) would end up in the Top 10.

Last Monday, I decided to ambush the guys and surprise them with cake: 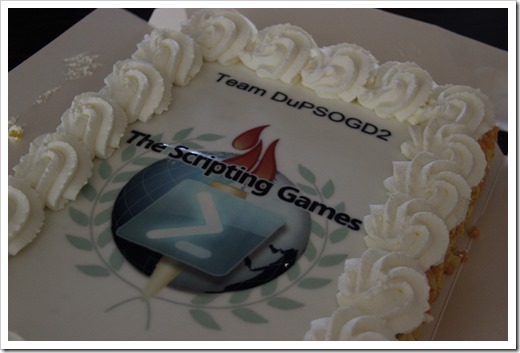 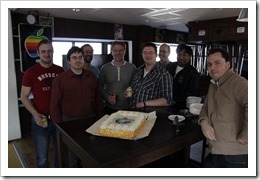 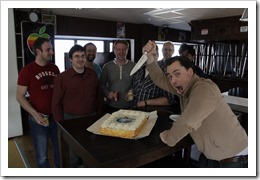 Also, Jeff dropped by with a couple of certificates from his User Group, to honor the team members with their achievements: 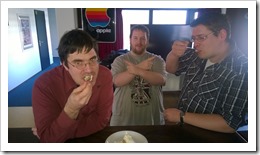 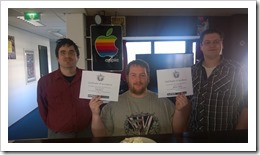 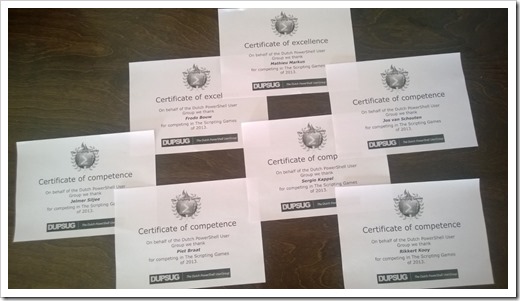 Not always, it’s a bad thing to lose a bet.