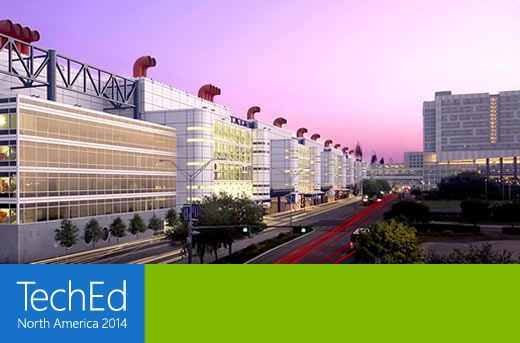 Since “Everything is bigger in Texas”, I though the booths would be bigger as well. Of course, I applied to staff and speak at TechEd again, but, luckily, they found more capable people than me to do so. I’ve booked my ticket and flight two weeks ago and was pretty stoked to see the event sold out mere days later.

Due to these circumstances, I’ll have a lot more time on my hands than the last two TechEds in the US I attended, which is a bonus. Also, my travelling schedule is a bit less complicated than it was these last times, since I don’t have anything on my schedule for Saturday or Sunday. Additionally, Raymond offered to share his room with me, which meant I didn’t have to look for accommodations.

I’ll be flying from Amsterdam Schiphol Airport (AMS) to Houston George Bush Intercontinental Airport (IAH) with flight KL0661 on Monday May 12, 2014. This is a direct flight on a KLM Boeing 747-400 (Mixed configuration). My return flight is another direct flight; Flight KL0662 on Friday May 16, 2014 on the same type of aircraft, which means I could actually catch some sleep on the way home…

I’ll be staying at the Houston Magnolia, six blocks from the George Brown Convention Center, where TechEd North America is held.

See you in Houston!

Posted on May 5, 2014 by Sander Berkouwer in Community, Personal, TechEd