It’s as good as any reason to look into it.

In many Microsoft-centered networking infrastructure environment, it is hard to troubleshoot, monitor and/or investigate security-related issues.

In many of these cases, the Audit Process Creation Group Policy setting (in Computer Configuration, Policies, Windows Settings, Security Settings, Advanced Audit Configuration, Detailed Tracking is enabled for specific systems (It is not enabled by default): 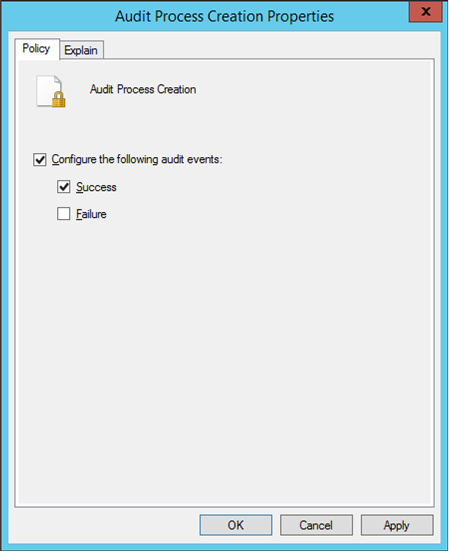 This setting determines whether the Operating System generates audit events when a process is created.  Event-IDs 4688 are generated and logged in the Windows Security log. 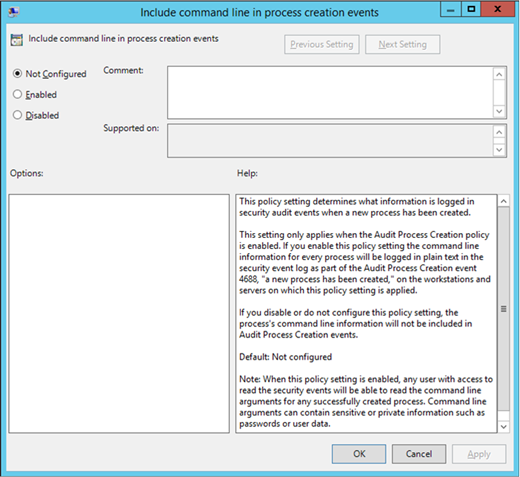 When you enable this setting, the events in Event Viewer (eventvwr.msc) get expanded with the Process Command Line: information. The two screenshots below, made on a Windows Server 2012 R2 installation, show two events in Event Viewer with Event ID 4688. The left event was logged before the Include command line in process creation events Group Policy setting was enabled. The screenshot on the right shows the event with the setting enabled: 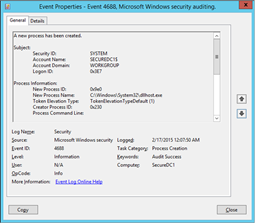 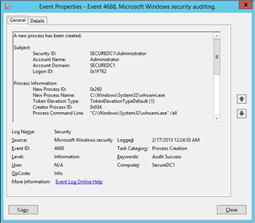 Command line auditing can be a super useful tool for troubleshooting, monitoring and/or investigating security-related issues. It might be the missing piece of the puzzle on your Windows 7, Windows 8, Windows Server 2008 R2 and/or Windows Server 2012 installations. If it is, don’t hesitate to roll out KB3004375 (after testing).

Running Windows 8.1 and Windows Server 2012 R2 and in need for some command line auditing intelligence? Simply enable it.