Pictures of the 2015 Nordic Infrastructure Conference

Raymond and I delivered two sessions at the 4th edition of the Nordic Infrastructure Conference (NIC) in Oslo, Norway.

This was my second time on stage for NIC and Raymond’s third time. Just like last year, we flew from Amsterdam Schiphol Airport (AMS) to Oslo Gardermoen Lufthavn (OSL) and upon arrival of our 2-hour flight, we took the FlyToGet to get to Oslo’s SentralStasjion within half an hour.

We were just in time to order at the gathering of MVPs at T.G.I. Fridays and put our bags in a corner so we could catch up with our friends Mark, Alex, John, Sami, Peter and Adnan.

After dinner we went outside, turned the corner and arrived at our hotel, the Clarion Christiania.

Raymond and I were booked for a shared room, which was convenient for us to prepare our sessions further.

The next morning, after breakfast, we headed for the Oslo Spektrum, which is almost a straight walk of around 600m. Luckily, it wasn’t cold in Oslo, this time around. Well… just as cold as home, I suppose. 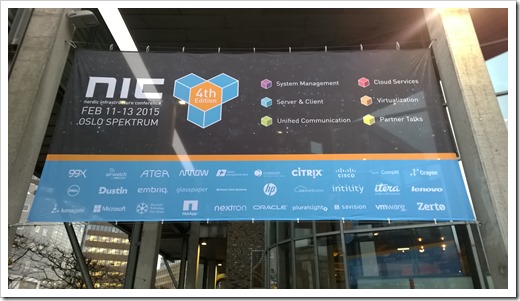 We sat down for the introduction by Michael Jacobs (General Manager for Microsoft Norway) and the Keynote No Sunny Days, but That’s Not So Bad: Clouds in 2015 by Mark Minasi. 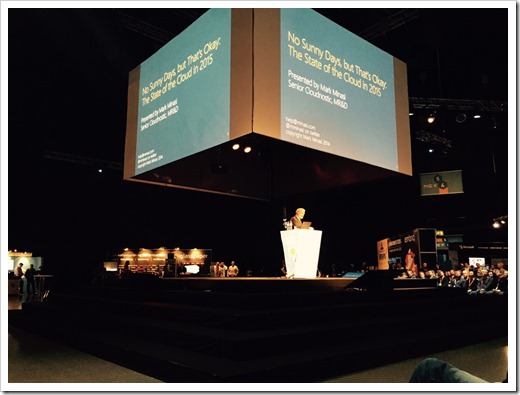 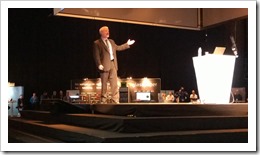 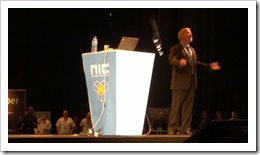 Mark told truly wonderful stories. His economists “Half a Pizza” view on cloud nailed it. His shout-out to the speakers was well appreciated.

Raymond and I were not scheduled to present on Thursday, so we had plenty of time to catch up and share experiences. In between playing with unannounced and undocumented features in the Technical Previews of Windows 10 and Windows Server 2016, we even had time to see some sessions, like Sami’s What’s New in Windows 10. 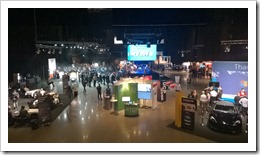 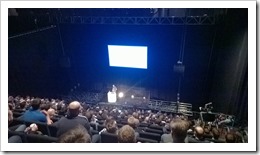 At the end of the day, we stood and watched the Ask the Experts Panel discussion and then stayed a little for the party, featuring British cover band, The Tide. Not for long though, because we were still preparing our awesome demos. We asked Aleksandar to join us for his WMI expertise: 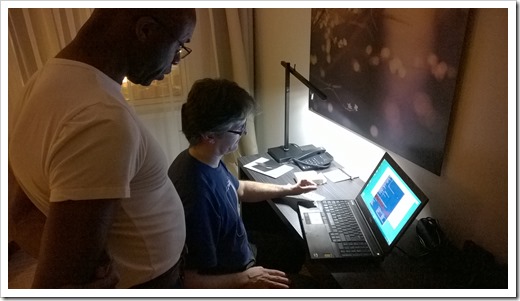 The next morning, Raymond and I were scheduled for the 9AM session on Running highly-sensitive Domain Controllers on Hyper-V and Azure. This is an awesome session. We had great fun on stage and the evaluations proved the audience enjoyed it as much as we did. 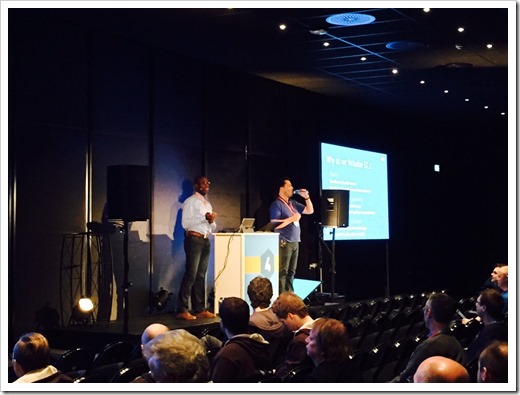 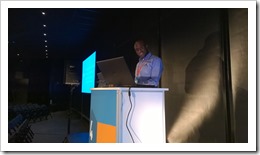 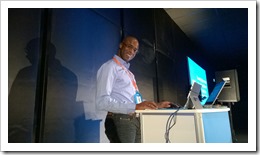 Our next session Join the Virtualized! was scheduled for 1:40PM, so in the time between the two sessions we tweaked the presentation a bit and wrote the demo sheet. 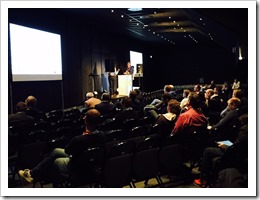 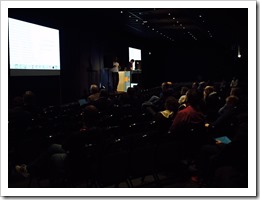 Some of the speakers joined in on our session and had a good time. They asked for the slides, so perhaps you’ll find them presenting WorkPlace Join and Cloud Join in a place near you very soon.

One Response to Pictures of the 2015 Nordic Infrastructure Conference