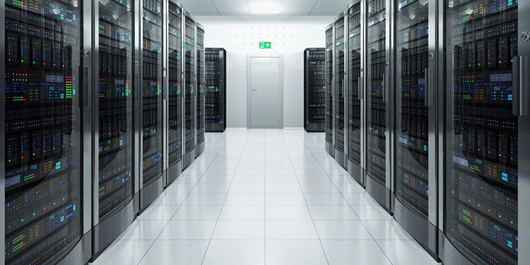 In many organizations, when a vendor releases an update to their product, no one bats an eye. However, when a new version is released, suddenly, everything must change.

On one hand we’re seeing massive breaches due to this budgeting, political or time game, because organizations simply don’t install minor security updates. On the other hand, we’re seeing organizations miss out on incredible functionality, delivered as part of these same updates. In some rare cases, like Exchange Server 2010’s Cumulative Update 7, we’re seeing huge barriers for adoption because of an (Active Directory Forest Functional Level) requirement.

I’ll admit I’m part of the problem, too.

Our experiences with Update 3

Although Veeam Availability Suite 9.5 Update 3 has been released nearly two months ago, and Veeam’s update notification service has been alerting for it for the last month, I’ve only recently started rolling it out to our Veeam Backup and Replication implementation.

This has been an undivided joy and brought incredible functionality.
Below are our experiences:

As you may recall, Veeam’s starting point was backup for virtual machines on VMware-based virtualization platforms. With Veeam Availability Suite 9.5 Update 3, Veeam have centralized data protection for physical, virtual and multi-cloud workloads.

This is a big change to the way the Veeam Agents operated before. Previously, you had to deploy the Veeam Agents manually (or by script), manage them individually, but you could have them create backups to the Veeam Backup Vault you’d use for your virtual infrastructure.

This approach of a single pane of glass adds profound productivity to our backup admin team.

With the release of Update 3, Veeam has sent all Veeam customers a 6 months no-cost license key for Veeam Agents for Windows and Linux, as well as for Veeam Backup for Office 365. This is to help organizations run an extended evaluation to see if they can completely replace whatever legacy backup solutions they're using for those remaining physical servers, cloud instances and Microsoft Office 365 with Veeam.

Veeam Availability Suite 9.5 Update 3 contains many more features and fixes, but the ones above are the ones important to us. Needless to say,

I feel Update 3 is a major update, that I feel any mixed organization using Veeam should update to.

We encountered no issues in our setup.

Note:
We kept using our current SQL Server cluster, so the new support for SQL Server 2017 wasn’t something we’d use, but it’s good to know Veeam supports it when we upgrade the SQL Cluster later this year.

Note:
Direct Restore to Azure is currently not a part of our Veeam availability strategy.

The Veeam Agent for Microsoft Windows Free is amazing. Let me tell you why.
Your Exchange Online Contingency Plan is here with Veeam Backup for Office 365