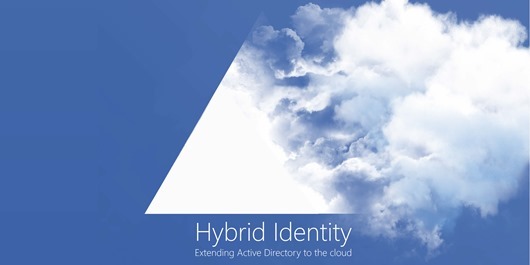 Denial of Service attacks on identity and access systems are common place. When you think you’re done when you’ve covered all the bases with account lock-out in your on-premises Active Directory Domain Services (AD DS) environment, you’re wrong. Hybrid Identity requires more effort and Microsoft only made the tools you need generally available this month.

Let’s have a look.

Attackers may cause Denial of Service through password spraying (trying the same password on all user accounts) and/or brute-force attacks (trying multiple passwords for one user account). As accounts get locked, end users experience errors when they themselves log on and disruption in their logged-on applications.

To avoid the Denial of Service situations, common endpoints need to be protected in a smart way. I feel this requires a multi-layer approach, where the actual account lock in the Identity Provider is prohibited from end user-facing endpoints.

Also, Hybrid Identity is different from a couple of years ago. Previously, all we needed to focus on was Active Directory Federation Services (AD FS). Today, account lock-out needs to be available for all sign in methods, whether the organization leverages AD FS, Password Hash Sync (PHS) or Pass-through Authentication (PTA).

The layers should be:

When your organization has deployed Active Directory Federation Services (AD FS) with Web Application Proxies or other MS-ADFSPIP-enabled front-end servers (like F5 appliances), you should be familiar with the AD FS Extranet Lock-out feature, as depicted below:

Note:
The feature was originally announced as part of the March 2018 Cumulative update for Windows Server 2017 (KB4088889, OS Build 14393.2155). After a quality issue was detected, the feature was postponed to May/June, where it was mentioned as:

Addresses an issue where enabling Extranet Smart Lock-out in UTC +1 and higher (Europe and Asia) did not work.

The difference between ‘normal’ Extranet Lock-out and Extranet Smart Lock-out is the use of a new AccountActivity table in the Artifact Resolution Store of the AD FS farm or in the Windows Internal Database (WID) installations on all AD FS servers in the AD FS farm.

Even when organizations are not running Active Directory Federation Services, or are using another sign in method for Azure Active Directory and its connected services, like Office 365, account lock-out can be configured:

Instead of configuring Extranet Smart Lock-out in AD FS, account lock-out needs to be configured in Azure AD. 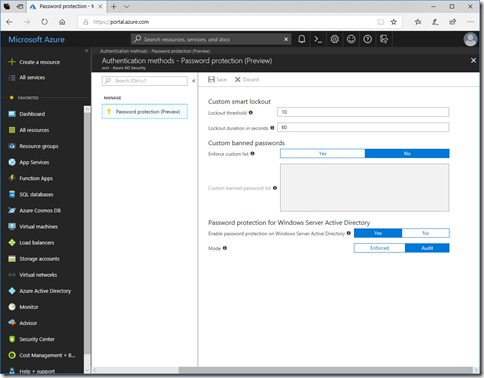 Note:
The value entered for Lockout duration in seconds applies to each lock-out, but if an account locks repeatedly, the duration increases exponentially.

The inner layer consists of fine-grained Password and Account Lock-out policies (FGPP). With the availability of managing Fine-grained Password Policies from the Graphical User Interface (GUI) of the Active Directory Administrative Center (ADAC) and in Windows PowerShell, it has become much easier to manage password and lock-out settings for (groups of) users.

Use the below lines of code to create a fine-grained password policy and assign it to the built-in Domain Users group:

We’ve seem to have come full circle. Where a couple of decades ago, password attacks caused denial of service in Active Directory environments, we’re seeing the same kind of attacks on Hybrid Identity environments.

Luckily, this time, there is comprehensive multi-layer protection available.