Experiences with Being Published, Part 4: Rules of Engagement 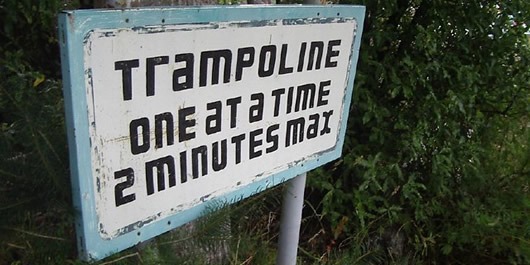 As a published technical writer, I’ve had my share of experiences working with a publisher and its editors for a period of seven months. For my own sanity, I’ll post some of my experiences in this series of blogposts on Experiences with Being Published. I feel these stories can be quite entertaining, and I might even get a smile on my face when I look back at these stores in a couple of years’ time…

I thought writing a book would be a lot of fun because I am quite creative. That turned out to be quite an assumption…

A Technology cookbook, as it turns out, is a very specific book. Just like any ‘normal’ cookbook, it contains recipes. The term cookbook is used metaphorically to refer to any book containing a straightforward set of already tried and tested recipes or instructions for a specific field or activity, presented in detail so that the reader, who is not necessarily an expert in the field, can produce workable results.

As it turns out, my publisher is very specific about what a cookbook should look like on the inside.

Before starting writing my first chapter, I received a sample chapter with some comments on how to do things. After receiving my first feedback, though, I realized the list of rules for chapters and recipes is quite long. I particularly struggled with the following rules:

In the end, the sample chapter proved a disaster. The introduction for the chapter came after the list of recipes. Its comments around screenshots didn’t mention any lead-ins, but instead suggested captions below the screenshot. The editing team ‘created’ lead-ins, which I subsequently had to change, because they consistently referred to the wrong action.

To add to insult, the sample chapter was shared in Microsoft Word format.

Interestingly, when I show people the cookbook, their reaction is that its style is really ‘Microsofty’, meaning that people experience the style of the book as the style of Microsoft Official Curricula.

I feel it’s positive feedback. I guess I’m ready to contribute to these now, too. I’ve been a Microsoft Certified Trainer (MCT) for the last five years, so why not.

Learn the intricacies of managing Azure AD, Azure AD Connect as well as Active Directory for Identity and Access Management (IAM) in the cloud and on Windows Server 2019.

Get up to date! Get your 620-page, 147-recipe copy of the Active Directory Administration Cookbook, today. Buy it from Packt directly, or through your favorite local reseller.

Posted on June 19, 2019 by Sander Berkouwer in Being Published, Books, Community

social_news_5577
https://dirteam.com/sander/2019/06/19/experiences-with-being-published-part-4-rules-of-engagement/
Experiences with Being Published, Part 4: Rules of Engagement