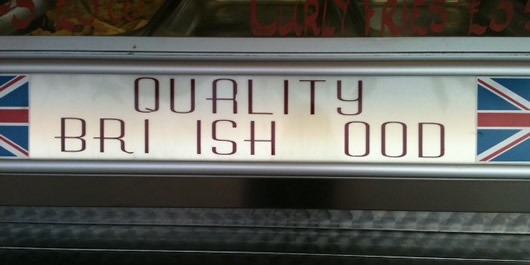 As a published technical writer, I’ve had my share of experiences working with a publisher and its editors for a period of seven months. For my own sanity, I’ll post some of my experiences in this series of blogposts on Experiences with Being Published. I feel these stories can be quite entertaining, and I might even get a smile on my face when I look back at these stores in a couple of years’ time…

As I mentioned previously, the process allows for checks and balances. There are stakeholders; people with roles.

I was wrong… Microsoft released Windows Server 2019, but due to quality issues, didn’t release Windows Server 2019 until a whole month later. There was no way to test my command lines and PowerShell scripts. I was basically writing in the dark.

Luckily I didn’t write about Hyper-V Server 2019, as this product was only released last week, after being delayed for over six months.

About the technical reviews

Luckily, I knew I could rely on the process.

My technical reviewer (TR) would trace all my steps and note any inconsistencies in the texts, steps and commands. Then, a technical person from my publisher would do the same thing and come up with any items the two of us might have missed.

Two days before the last deadline, I received a message from my publisher:

I need to discuss about codes in the chapters.

Can you please give a confirmation that they are working fine… We know that the TR has made suggestions for the codes and you have implemented it, but we need some sort of official confirmation… Unfortunately, the TR did not seem to add this in the questionnaire.

We did not find anything erroneous as such at our end… Also, the TR also did not flag anything. it's just that as a protocol, we have to check it with you as well. Do not worry… the quality of the book is not hampered.

I decided to check the scripts. I had performed most actions in the Active Directory Administrative Center, and copied the PowerShell commands from there, most of the time.

This is when I found out, no-one checked the command lines and PowerShell scripts in the book.

My technical reviewer even suggested some edits for readability that actually broke the lines of PowerShell involved. My publisher couldn’t perform technical reviews, because of some missing technology capabilities on their end.

I went through all the commands and scripts and edited them at break-neck speed. There were 17 commands that needed corrections. Corrections a technical reviewer could have easily picked up on, but apparently didn’t.

But … the quality of the book is not hampered. No.

Picture by Louise McLaren, under CC BY 2.0 license. Adjusted in size.

Learn the intricacies of managing Azure AD, Azure AD Connect as well as Active Directory for Identity and Access Management (IAM) in the cloud and on Windows Server 2019.

Get up to date! Get your 620-page, 147-recipe copy of the Active Directory Administration Cookbook, today. Buy it from Packt directly, or through your favorite local reseller.

Posted on June 26, 2019 by Sander Berkouwer in Being Published, Books, Community