From the field: The case of the overloaded Primary Domain Controller Emulator 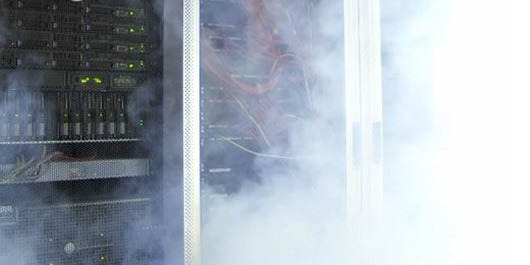 The cause has nothing to do with Active Directory, of course, but I was called in because the machine affected was a Domain Controller.

About the Primary Domain Controller Emulator

The admins were notified of these utilization peaks and added another virtual processor to the virtual Domain Controller and rebooted, but the machine kept feeling sluggish and the admin kept receiving high CPU notifications.

This is to be expected.

We can fix it with DNS Priority.

The normal method of coping with this issue is by using DNS Priority.

Note:
Some legacy applications may be written to specifically contact the PDC for the domain, and might not be impacted by DNS Priority. 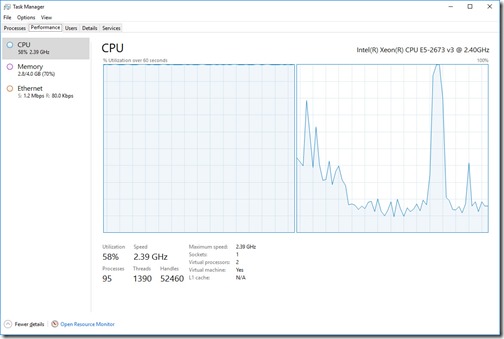 When I dug a bit deeper with the Windows Task Manager, I noticed that only CPU0 was being overutilized. The other virtual processor was just doing its thing, but was more or less idling.

Could this be a TCP setting?

I ran a little Windows PowerShell one-liner to get the network interface card properties:

We received an error, indicating that no MSFT_NetAdapterRssSettingData exists for the network interface card. Apparently, Receive Side Scaling (RSS) is off…

Why would Receive Side Scaling (RSS) be off? No wonder CPU0 is overloaded; the network interface card settings tell it to only use this CPU and not the others.

As it turns out, the Windows Receive Side Scaling (RSS) feature is not functional on virtual machines running VMware Tools versions 9.10.0 up to 10.1.5. This issue, apparently, has been plaguing VMware vSphere-based virtual Domain Controllers for quite some time and VMware has been working on the issue since March 23, 2017…

However, my friends at Veeam were aware of the issue. Probably due to the fact that backup requires quite some more data over the network, compared to normal Active Directory operations, they have encountered this issue more often, than I have.

Their advice is to upgrade the VMware tools to version 10.2.5 or beyond, to gain VMXNET3 driver version 1.7.3.8. One of the caveats they found was that this driver version enables RSS and Receive Throttle settings, by default – but only for new VMware Tools installations on new virtual machines. If you upgrade an existing VMware Tools install, these settings will remain as is.

The settings they advice are to enable Receive Side Scaling (RSS) and set the Receive Throttle to 30.

As a solution, we performed a couple of actions, mostly in a maintenance window:

We upgraded the VMware tools version to 10.2.5 on the Domain Controllers holding the PDCe FSMO role and rebooted the server.

We, then, restarted the Domain Controller for a second time.

We repeated the above five steps for all Domain Controllers throughout the Active Directory domain.

Then, on the Primary Domain Controller Emulator, we changed the registry. We made changes to the following two registry keys:

We then rebooted the Primary Domain Controller Emulator.

Hat tip to Anton Gostev from Veeam for pointing in the right direction in his weekly Veeam Community Forums Digest.

social_news_43477
https://dirteam.com/sander/2019/09/19/from-the-field-the-case-of-the-overloaded-primary-domain-controller-emulator/
From the field: The case of the overloaded Primary Domain Controller Emulator