However, taking care of proper time synchronization for VMware vSphere hosts is a big task in environments with hundreds of hosts. All it takes is one vSphere host that is incorrectly configured; When the Domain Controller with the Primary Domain Controller emulator (PDCe) Flexible Single Master Operations (FSMO) role lands on it, it can skew time in the entire Windows networking environment.

vSphere hosts may run all over the world and there is no time to check all hosts regularly for compliance with the time server settings on all of them. It doesn’t really matter when a Domain Controller in a subdomain somewhere has the wrong time for a little while, as it will synchronize its time back with the Domain Controller holding the PDCe FSMO role in the root domain after a short while after having been vMotioned, rebooted or have had its VMware Tools service restarted.

Also, when all Domain Controllers go down together with one vSphere host, you might have a hard time connecting with Single Sign-on to the vSphere Web Client, connecting to storage or even signing in, because a lot of services purposely get integrated with Active Directory. What services? Indeed, you might not even be able to locate them on the network because DNS will be absent in most networks, too…

What admins need from virtualized Domain Controllers is:

The above can be achieved through VM/Host Groups and VM/Host Rules in VMware vSphere. You don’t really need a non-virtualized Domain Controller when you meet the requirements and implement VM/Host Rules correctly.

To set up the configuration, you’ll need:

To configure the VM/Host Rules, we first need to create the appropriate VM/Host groups. 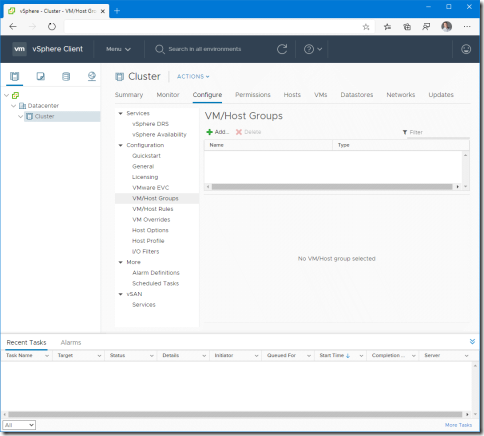 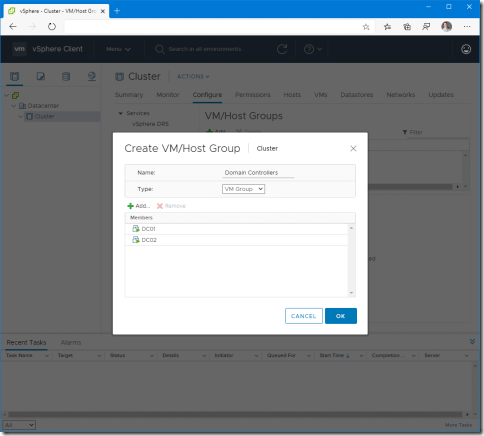 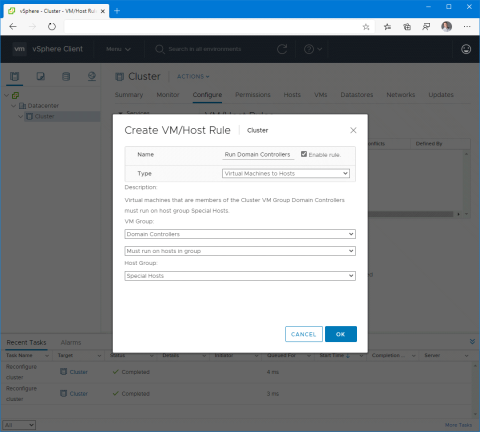 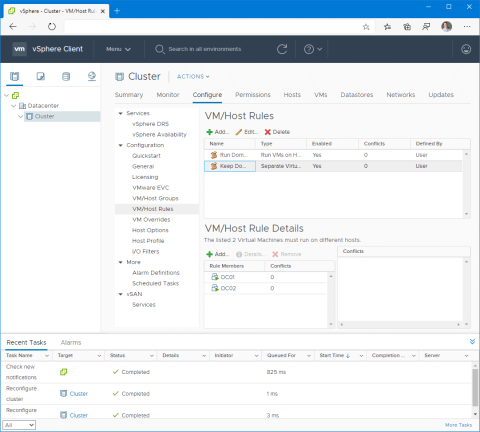 Virtualizing Domain Controller introduces additional risks in terms of integrity and availability. These risks can be easily and automatically mitigated by using VM/Host Rules. There is no need to keep a non-virtualized Domain Controller if your vSphere implementation is licensed with Enterprise Plus licenses.

All you need to do is regularly audit the time synchronization configuration on the selected vSphere hosts that run the virtualized Domain Controllers.