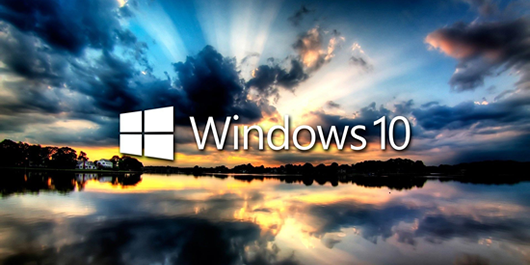 At its release, Windows 10 offered many new features, including its new release schedule, Cortana, the Action Center and Microsoft Edge.

Its identity, security and management features make a lot of difference for large organizations, when compared to Windows 7 (support ended on January 14th, 2020) and Windows 8.1. So let’s take a look at the history of some of the features that we’ve grown to love in Windows 10:

The RTM version was superseded on November 12th, 2015 by with Windows 10 ‘Threshold 2’, version 1511. This was the last version of the ‘Threshold’ codenamed Windows 10 versions. This version of Windows 10 introduced the Microsoft Store for Business and the initial Credential Guard features.

In Identity terms, this third release of Windows 10 introduced the ability to use Remote Desktop Connection to Azure AD-joined devices and the Shared PC mode concept.

If your organization wanted to join devices to Azure AD in bulk, then Windows 10, version 1703, released on April 5th, 2017, was the answer to your questions. Organizations that were rolling out Windows Hello for Business gained the ability to reset a forgotten PIN without deleting company managed data or apps on devices managed by Microsoft Intune.

In Identity terms, Windows 10 version 1709 introduced multi-factor unlock for Windows Hello for Business, based on location and proximity of paired Bluetooth devices. With these settings enabled, Windows 10 can be configured to automatically lock when the person leaves the device unattended.

On April 30th, 2018, Microsoft made Windows 10, version 1803 generally available. This version of Windows 10 introduced ‘S mode’ to lockdown devices to the fullest and enjoy the most of the batteries in Windows 10 devices.

From an identity point of view, Windows 10 version 1803 introduced many Windows Hello for Business improvements, including support for FIDO2 security keys for Azure AD-joined devices.

After five releases, the Redstone family of releases came to an end.

Version 1903 (or 19H1) was the first version that didn’t carry the codename. However, it did carry a load of new functionality, including Windows AutoPilot White Glove deployment, and many improvements to Windows Defender ATP, Windows Defender Firewall and Windows Defender System Guard.

On November 12, 2019, Microsoft made Widows 10 version 1909 (or 19H2) available. Widely observed as a small update to Windows 10 version 1903, it did provide new functionality, like an experimental implementation of TLS 1.3 and Windows Sandbox. Its integration with Azure AD, Microsoft Endpoint Manager and Desktop Analytics was unparalleled.

The latest version of Windows 10 that was introduced in the past five years is Windows 10 version 2004. It was made generally available on May 27th, 2020.

For enterprise and large education organizations, this means they will be focusing on *H2 releases, going forward.

I feel Windows 10 is an awesome Operating System.

Posted on July 29, 2020 by Sander Berkouwer in Microsoft Windows 10