From the field: The Case of the Unstable AD FS Farm 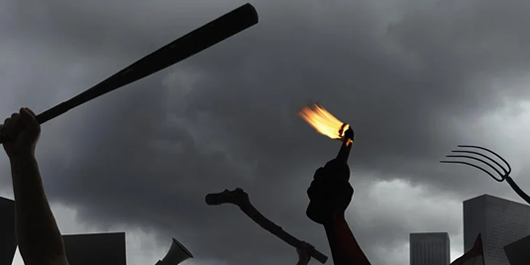 Last month, I experienced an issue with an AD FS farm, consisting of two load-balanced Web Application Proxy servers and two load-balanced AD FS servers. This AD FS farm seemed to completely collapse every now and then. The organization was so frustrated with the instability of the AD FS farm and the inability of the COVID-stricken IT team to fix it, that people even started blaming old bread in the cantina on AD FS.

Just like any other organization, they had deployed many laptops in the past months to help employees work from home.

Federated applications, connected and published through the AD FS farm would provide browser error messages, too, when trying to sign in: 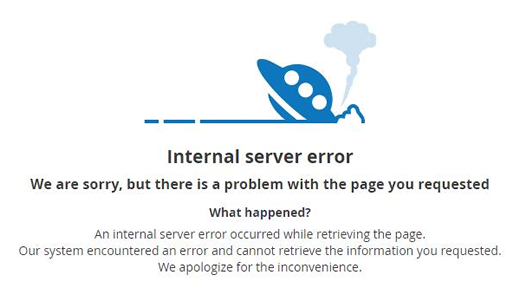 We started with troubleshooting the AD FS farm. We checked:

We found some misconfigurations. We changed the A record in the internal DNS zone to no longer point to the VIP on the KEMP LoadMaster for the Web Application Proxies, but to point to the VIP for the AD FS servers themselves. We also hardened the security channel protocols and cipher suites, to rule out any protocol mismatches.

What stood out during our troubleshooting is a particular EventID on the Web Application Proxy servers: 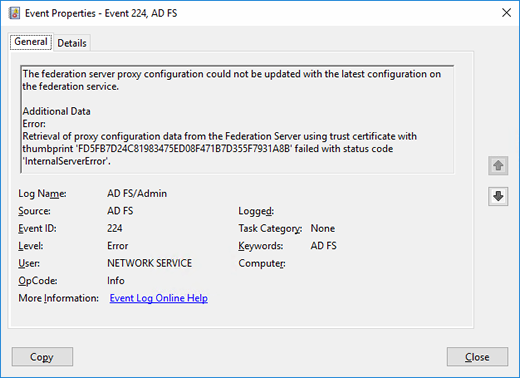 We altered the HOSTS files on the Web Application Proxy servers to directly point to the IPv4 addresses of the AD FS servers, bypassing the load balancer for this communication. The result was that the events no longer showed up in the event logs of the Web Application Proxy servers, federation would work fine for people using devices connected to the VPN, but it would still randomly fail for people working from home without a VPN.

We determined the cause of the instability of the AD FS farm was due to the load balancer.

The LoadMaster VLM-200 model is limited to 200 Mb per second throughput and 200 SSL transactions per second (TPS). This particular model was discontinued by KEMP in February 2020.

AD FS problems may not always be a Microsoft problem. In this case, it helped that we know our KEMP technologies, too.

You may also like these other stories from the field: