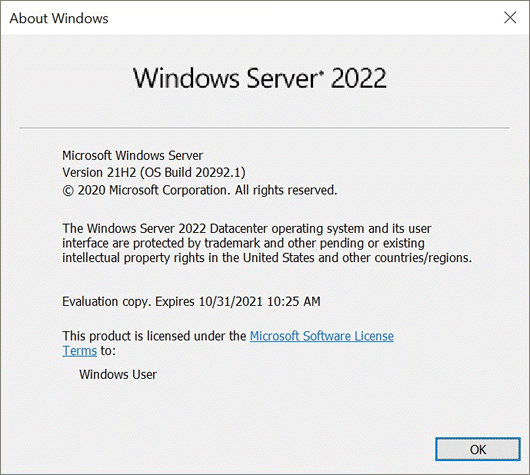 Windows Server insiders can now use the latest Preview Build of Windows Server 2022, version 10.0.20292.1. This version is available as the following downloads:

What’s to be expected

The new Microsoft Edge browser, based on the Chromium engine will be installed by default on Windows Server 2022 installations with desktop experience. (Full installations). This is good news, because Microsoft plans to deprecate the Internet Explorer compatibility in most of its cloud services in the coming period.

Windows Server 2022 will likely be the first Windows Server version to support TLS 1.3. While Microsoft’s cloud services have standardized on TLS 1.2 lately, TLS 1.2 is only deemed ‘sufficient’ in many legislator’s information security requirements. TLS 1.3 is currently deemed ‘good’. With Windows Server 2022 we can enjoy the latest and greatest to encrypt our traffic.