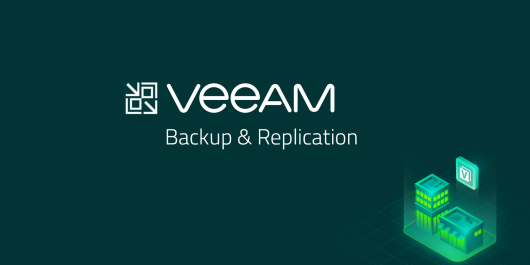 Hot on the heels of VMware Explore Europe, Veeam announced its support for VMware vSphere 8.0.

vSphere is VMware’s advanced server virtualization solution, consisting of ESXi (the core virtualization product that is installed on host machines – a type 1 hypervisor) and vCenter Server (the solution to manage multiple ESXi hosts as a platform).

vSphere 8.0 is currently the most recent version of vSphere. VMware announced this version on August 30th, 2022, to supersede its troubled v7.0 releases. This release was 6 weeks ahead of VMware’s end or support for both vSphere 6.5 and vSphere 6,7, offering organizations a choice again between two versions.

But alas, this choice was not a realistic choice, as a new release of one infrastructure component might negatively affect other components. To be in a supported state, the entire organizational ecosystem surrounding the virtualization platform should consist of supported components.

Up to Veeam’s communications this Friday, Veeam Backup & Replication didn’t officially support VMware vSphere 8.0.  Veeam shared that their goal is to support new versions of hypervisors within 90 days of General Availability. Veeam made their announcement after only 73 days.

Testing and has determined that this version is functional with vSphere 8.0.

However, in Veeam Backup and Replication v11a, the following limitations apply:

Full support for VMware vSphere 8.0 will be available with a future Veeam Backup & Replication release.

A supported Disaster and Recovery solution for vSphere 8 workloads means that at least one box can be checked on the path to adopting vSphere 8 for many organizations.