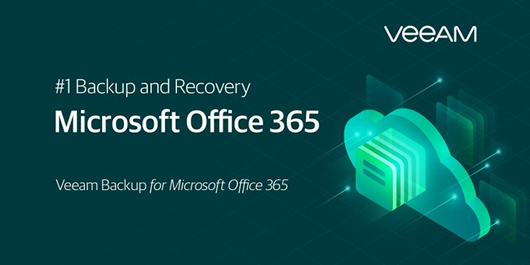 Since August 2016, this blog features news on Veeam Backup for Microsoft Office 365. We’ve been implementing this awesome Veeam product at customers ever since version 1.5 and validated the Office 365 contingency plan vision with Veeam repeatedly.

This week marks the release of version 4 of Veeam Backup for Microsoft Office 365, so let’s look at what’s new and improved!

When organizations choose to use object storage to store backups of Microsoft Office 365 data, they can:

The new Cloud Credential Manager feature can be used to maintain the list of object storage accounts. This allows for easy changes of credentials without having to change the configuration of the object storage manually.

The new Password Manager feature can be used to maintain passwords used for this encryption.

Microsoft throttling mechanisms become a challenge when it comes to backup of SharePoint Online and OneDrive for Business data. Microsoft throttles backups once you hit a certain number of requests from a single service account in a certain period, regardless of the number of backup proxies.

The Limit network bandwidth option in version 3 in the backup proxy properties dialogue has been updated to Throttle network traffic to in version 4 to correctly reflect this feature.

Exclude retention for contacts and calendars

This feature allows admins to protect all contacts and calendar items for as long as an associated mailbox is protected and skip these items from the retention cleanup.

This release of Veeam Backup for Microsoft Office 365 is version 4.0.0.1345 and marks the first General Available version of the version 4 branch. It was signed off on on November 26th, 2019.

Veeam Backup for Microsoft Office 365 version 4 is a major update to the product. Recently it became clear to me that the product is of significant importance to Veeam and that it exhibits the strategy and UI for Veeam products to come.