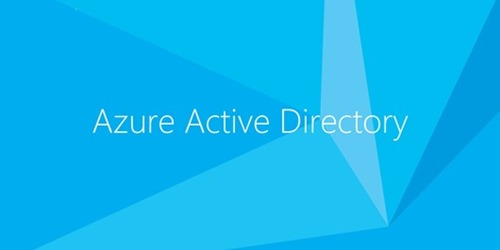 Ten things you need to know

Assigning groups to Azure AD Roles sounds perfect, but in reality, there are a couple of things you’ll want to know before deploying it to address your organizations’ needs:

Assigning groups to Azure AD Roles is currently in Public Preview. This means that Microsoft doesn’t really want you to deploy in production, just yet.

Also, looking at Azure MFA’s Hardware Token functionality, some functionality stays in Public Preview for an awful long time. As you lock your organizations’ strategy on these features, you might face architectural debt.

Microsoft previously held off on requiring licenses on features in Public Preview. This time, though, Microsoft wants organizations to benefit from this security feature only when a paid licensing plan is activated.

Support for Azure AD Groups, but not on-premises groups

In Public Preview, the Assign Groups to Azure AD Roles feature is supported only for groups that live in Azure AD. Groups that are synchronized from an on-premises directory, like one or more Active Directory forests or LDAP v3 compatible directories are not supported at this time. However, the feature is planned.

As backup and restore of Azure AD is currently a pain, many organizations are looking at assigning a synchronized group to Azure AD roles, removing yet another configuration stored exclusively in Azure AD.

This setting configures the isAssignableToRole property. It is set to true.

However, the setting can only be set at the time of creation of a group. This means that the groups you want to use the assign groups to Azure AD roles functionality with need to be new groups.

No support for Dynamic Groups

No support for nested groups

Of course, you might be tempted to create new groups to use with the new Assign groups to Azure AD roles functionality and simply specify existing groups as members of the new group.

However, group nesting is not supported for the functionality at this point.

A maximum of 200 role-assignable groups per Azure AD tenant

Before you go ahead and create all the groups you might ever need to assign Azure AD roles to, be aware that there is a maximum of 200 role-assignable groups per Azure AD tenant. Up to 200 groups can have the isAssignableToRole property set to true.

A matter of scope

As true administrators, you want to scope the administrative privileges assigned to people. The Assign Groups to Azure AD Roles functionality is currently 100% scoped to groups.

This means, that once a group has the isAssignableToRole property set to true, it can be used to assign any Azure AD role to the built-in Azure AD roles. However, the available roles can’t be scoped down. Additionally, there is no support for custom Azure AD roles or Azure AD Administrative Units (AUs).

Complexity is the enemy of security.

There are many scenarios in which I can see a group owner be able to elevate privileges. I would refrain from using group owners with the Assign Groups to Azure AD Roles functionality, unless you consider these group owners the equivalent to Global admins.

However, you must be on the updated version of PIM to be able to assign a group to an Azure AD role via PIM. You could be on older version of PIM because your Azure AD organization leverages the PIM API.

You’ll need to reach out to pim_preview@microsoft.com to move your organization and update your API, in this case.

For small cloud-only organizations with Azure AD P1 subscription licenses, the current Public Preview for the Assign Groups to Azure AD Roles functionality is good news. Without the on-premises integration, these organizations can be sufficiently agile to cope with any changes to the functionality in the future.

However, organizations with complex delegation needs, privileged identity management challenges and stringing along an on-premises directory, might have more problems putting the feature to effective use. The maximum of 200 groups without nesting might even put them off indefinitely.

Posted on August 20, 2020 by Sander Berkouwer in Azure Active Directory, Delegation of Control