A Recap of Identity-related Announcements from Microsoft Build 2021 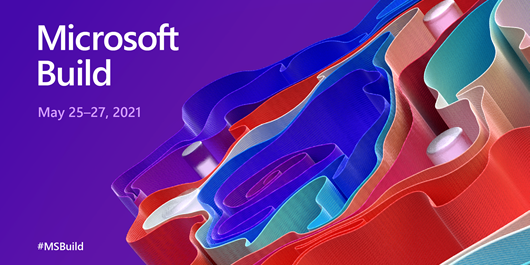 During Build 2021, Microsoft made the following Identity-related announcements:

Continuous Access Evaluation (CAE), an authentication feature in Azure Active Directory (Azure AD), is now in Microsoft Graph in preview. Developers can update and test apps that use Microsoft Graph APIs to make their apps more secure. Using Microsoft Graph APIs with CAE support, apps are more resilient due to the optimizations for token lifetime and token refresh.

Instead of waiting for the access token expiration, commonly set at 60 minutes, CAE in Azure AD reevaluates active user sessions in real time and can revoke access to protected resources in response to events such as device loss, user password changes or disabling of the user’s account. CAE can also be used to stop a user from accessing secured resources when they change location.

In Azure AD, a service principal is typically created for an app or code that needs to access or modify resources that can only be facilitated through an identity with the necessary permissions. As organizations move more apps to the cloud and procure third-party software as a service (SaaS) apps, these service principals are assigned privileged roles, which often go ungoverned.

Now, with Azure AD Access Reviews and Privileged Identity Management (PIM), organizations can periodically review the assignments of privileged roles to service principals in the tenant.

This way, Azure AD Access Reviews enable periodic reviews of service principals and apps assigned to directory roles, as well as roles in Azure subscriptions. This capability helps organizations ensure that their services and apps, just like their employees, are abiding by established least-privilege policies, helping reduce the damage caused by an attack.

Account administrators can set up clearly defined rules about what each identity is able to do within the database, and then apply the roles to Azure AD profiles to determine access level. For example, an IoT device could enter data, but it would not have the ability to read, change or update data.

Using Identity App Sync, developers can register an app and have code changes made locally with only a few commands. The tool can also be used to update code from an existing Azure AD or Azure AD Business to Consumer (B2C) app.

Posted on May 28, 2021 by Sander Berkouwer in Azure Active Directory, What's New

social_news_44856
https://dirteam.com/sander/2021/05/28/a-recap-of-identity-related-announcements-from-microsoft-build-2021/
A Recap of Identity-related Announcements from Microsoft Build 2021