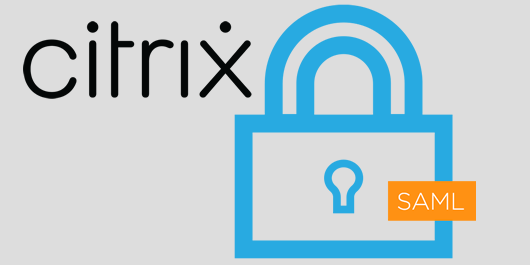 Today, I was notified that certain Citrix ADC (formerly known as NetScaler ADC) and Citrix Gateway appliances are vulnerable to a SAML authentication hijack through a phishing attack to steal a valid user session.

The flaw affects the configuration of the Security Assertion Markup Language (SAML) features. SAML is, an XML-based markup language. often used for exchanging authentication and authorization data between parties with the purpose of offering single sign-on (SSO).

In the case of Citrix ADC and Citrix Gateway appliances, end-users can use SAML to:

The vulnerability was responsibly disclosed to Citrix by ChenNan of Chaitin Security Research Lab, Wolfgang Ettlinger and Marc Nimmerrichter of Certitude Consulting.

These devices are only vulnerable when they are configured as a SAML service provider (SP), as a SAML Identity Provider (IdP), or both.

The following supported versions of Citrix ADC and Citrix Gateway are affected:

The vulnerability has already been addressed in Citrix-managed cloud services such as Citrix Gateway Service and Citrix Secure Workspace Access. Customers using Citrix-managed services do not need to take any additional action.

When you use Citrix ADC and/or Citrix Cloud Gateway as a SAML SP, SAML IdP, or both, upgrade your organization’s appliance(s) to at least the following versions:

Note:
If the Citrix ADC appliance is partitioned, then ensure that you update the configuration on all the individual partitions, including the default.

Posted on June 8, 2021 by Sander Berkouwer in Security Updates