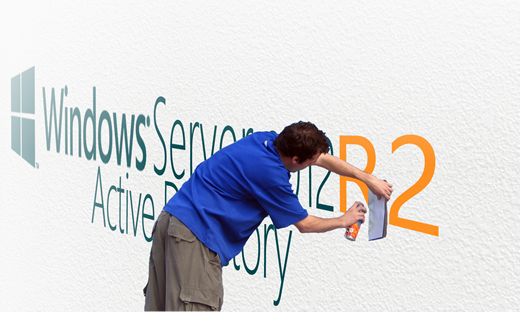 Microsoft has invested three years of development time in Windows Server 2012 and has introduced a slew of Active Directory features, including claims-based authorization to files and folders, a new licensing solution, safe virtualization, Kerberos armoring, cross-forest KCD and group MSAs. I’ve published a whitepaper on this stuff last year.

I will show you these new features in this article series, along with their possibilities and impossibilities, the way you can benefit from them in your own networking environment, their common pitfalls and, of course, basic best practices for deployment and management.

In this first post, I’m providing an overview of the features.

This way, you can quickly see which features may be relevant to you and your situation, and, thus, should be the ones you might want to check out first.

Although Active Directory is not an insecure product or technologies, Microsoft has made some nice security improvements, that will draw the attention of every CIO:

One of the favorite demos used in the Security tracks of TechEd have been to inject cached password hashes back into the Windows security authority. Lsass.exe, acting as the Local Security Authority process was one of the locations where malicious people would be able to take password hashes from. In Windows Server 2012 R2 and Windows 8.1, Microsoft has built a memory protection feature, that helps to remove cached password hashes.

The Protected Users group is a new group, that accommodates the security needs of privileged user accounts. When a user or a group of users is made member of the Protected Users security group, a series of non-configurable security measures are applied, including the inability to further authenticate using older and weak authentication protocols, and use older and weak encryption protocols.

… and there’s more. You can also control the TGT lifetime and criteria for devices and the method used for authentication.

Of course, the big news is that Windows 8.1 and Windows Server 2012 R2 come with PowerShell version 4.0. It’s big feature is the Desired State Configuration (DSC), but that largely doesn’t apply to Active Directory.

Migrating an Active Directory infrastructure is a challenge, but Microsoft has made several steps significantly easier in the past few Windows Server iterations. Microsoft has done away (mostly) with dependencies on domain functional levels and forest functional levels, to help achieve migrations, like transitioning and in-place upgrading Domain Controllers, easier.

However, in the process, Microsoft is also doing away with older technologies, that have been around since Windows 2000 Server and have carried over with every migration, unless you’ve deliberately migrated them over.

I will cover these environment-wide improvements, first, in the next part of these series. I’ll discuss the functional level implications for Windows Server 2012 R2, and will specifically dive into the FRS deprecation, that you might not have seen coming from miles away…