In this part of the series, we’ll look at best practices to handle Windows activation on non-domain-joined Web Application Proxy servers.

Why look at Windows Activation for Web Application Proxies

Hybrid Identity deployments are often long and costly implementations. As they are built using on-premises systems, they are intended to provide the functionality for the full duration of the economic lifetime of these systems (4-5 years).

Having activated Windows Server installations throughout the Hybrid Identity implementation is important.

When Windows Server is not properly activated, recurring notifications will be shown.

Technically, functionality will not be reduced on non-activated Windows Servers, when installed with Volume License (VL) installation media. Windows Server 2016 will reboot every hour, disable certain services and show EventID 5074 on installations performed with Evaluation media.

More importantly, non-activated servers typically point to a rather casual attitude towards licensing. From a business continuity perspective it would make since to strictly adhere to the product use rights. Through audits, license incompliance might be discovered and measures may be taken, not just financially.

There are four solutions to activate non-domain-joined Web Application Proxies:

How to do it

Note:
This method will not work with Web Application Proxies that are installed using retail media.

Key Management Services (KMS) is a way to manage Windows Activation centrally for a networking infrastructure. Installations of Windows Server 2016 with Volume License (VL) media are the first installations of a released Microsoft Windows Server product that are not configured by default with a KMS client key since a long time (as opposed to Windows Server 2008, 2008 R2, 2012 and 2012 R2). Therefore, in the KMS scenario, the following requirements need to be met:

If you haven’t already configured a KMS host, see the Microsoft documentation on Deploy KMS Activation for steps to set multiple of these servers up.

By default, KMS uses DNS SRV records to locate KMS hosts. Multiple SRV records allow for high-availability of the KMS functionality. However, one KMS can be assigned to a Web Application Proxy using the following command line:

If using an IPv6 address to denote the KMS host, specify the address using square brackets. TCP 1688 is used by default for KMS hosts, but this port can be changed.

Note:
The Resolve-DnsName cmdlet will return a maximum of 25 records from DNS servers.

TCP 1688 is used by default for KMS hosts, but this port can be changed.

Activate each Web Application Proxy, by running the following two command lines on each server:

Change the above product key for the specific product license key for the Operating System SKU that was used to install the Web Application Proxy servers. It differs between Standard Edition and Datacenter Edition. All GVLKs can be found in the Microsoft Documentation on KMS client setup keys.

Note:
This method will not work with Web Application Proxies that are installed using retail media.

When your Web Application Proxy hosts run as virtual machines on top of Hyper-V, you can take advantage of the Automatic Virtual Machine Activation (AVMA) feature.

To use this feature, the Hyper-V hosts that run the virtualized Web Application Proxies need to:

When you meet these requirements, every virtual machine deployed to these Hyper-V hosts will be activated automatically, when they are configured with the Windows Server 2016 GVLK. When you use volume license media to install the Windows Server 2016-based Web Application Proxies, there is no additional required action.

Activate each Web Application Proxy, by running the following two command lines on each server to enter the MAK:

Alternatively, MAKs can be configured centrally and Web Application Proxy servers can be activated centrally using the Volume Activation Management Tool (VAMT). When VAMT is used for MAK Proxy Activation, only the device running VAMT needs an Internet connection.

Activate using MAK and the phone

When an Internet connection is out of the question on the perimeter network, phone activation is still available. 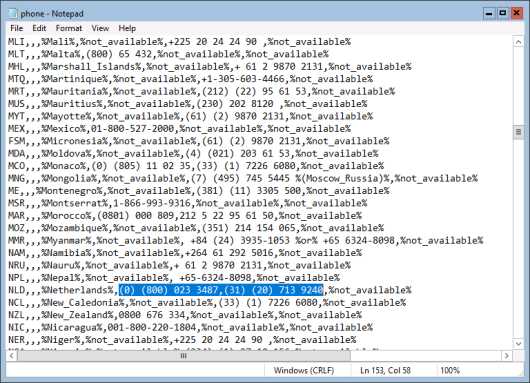 Write down the nearest or most convenient number from the document.

Call the phone number and follow the prompts to obtain the confirmation ID.

Apply the confirmation ID (without the hyphens) using the following command line: