This is an important version if your organization has deployed Group Filtering. 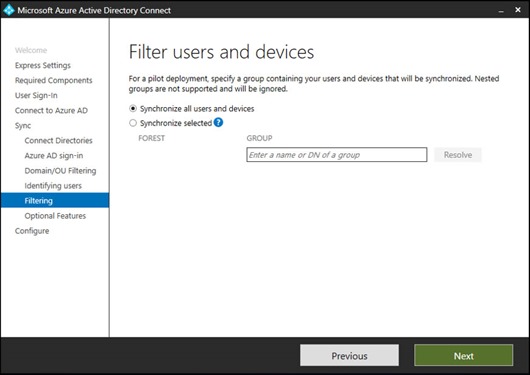 There a couple of things you should know:

This hotfix build fixes an issue with Azure AD Connect version 1.5.18.0 if your organization has the Group Filtering feature enabled and use mS-DS-ConsistencyGUID as the source anchor.

As the Group Filtering feature is intended for pilot deployments only, and when used Azure AD Connect only synchronizes a small set of objects, the impact of the issue is not a complete fallout. Instead, it is worth noting that you want to use version 1.5.20.0 for your pilot deployments, instead of a previous download of version 1.5.18.0. A lot can happen in one week.