When you delete an object in Active Directory it doesn’t really get deleted, it gets tombstoned. In this process all but its most critical attributes (objectGUID, objectSid, nTSecurityDescriptor, uSNChanged and sIDHistory) are stripped and the changes are replicated between Domain Controllers. Only after the tombstone lifetime, the object gets deleted. This deletion takes place every 12 hours by the Garbage Collection process per Domain Controller.

More information on both these problems can be found in the free whitepaper I wrote earlier this year:

How to tell whether your host-based backup solution can successfully restore virtual Domain Controllers for Disaster Recovery purposes running on Hyper-V 2.0

In the case of a snapshot, the invocationID is renewed and the RID Pool block in use is discarded. This effectively designates the Domain Controller as a new replication partner for other Domain Controllers, so they can replicate in necessary changes to avoid USN Rollbacks and Lingering Objects.

There are two ways to see the VM-GenerationID. The difficult way is to look in the Device Manager. When you fulfill the requirements (below) you will see a device called Hyper-V Generation Counter under System Devices: 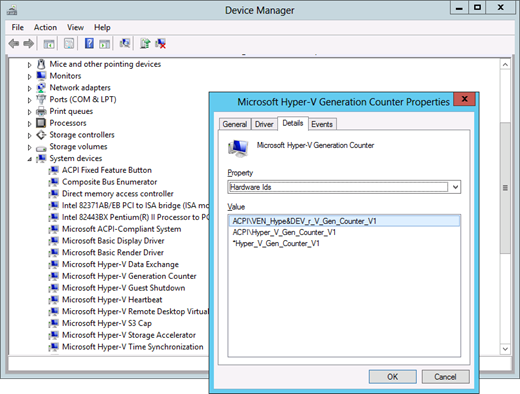 As stated in the Virtual Machine Generation ID whitepaper, there is a way to substract the parts of the VM-GenerationID and construct it.

The virtualization safeguards incorporated around VM-GenerationID will help Domain Controllers prevent USN Rollbacks and Lingering Objects when you fulfill the following requirements: