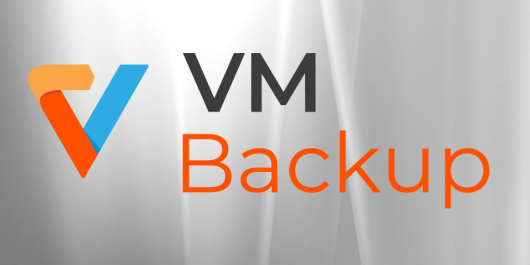 As Active Directory, its Domain Controllers and their inner workings were originally designed in the late 90s, some of the technologies and processes can be somewhat incompatible with technologies and ways of work that were introduced since.

I work with the latest Altaro VM Backup and I have some tips for you.

You may have already heard of Altaro, part of Hornetsecurity Group. Most Microsoft-oriented IT Pros know them for their free Hyper-V Dojo and publications like the Backup Bible, but it all started with backup and restore solutions. Altaro VM Backup was originally introduced in 2011 as their third product and as its second product specifically tailored to small and medium-sized businesses (SMB). Version 8 of Altaro VM Backup is the current version.

For Domain Controllers, specifically, it means the volume shadow copy writer that are relevant to Active Directory are used to create ‘cleanly shutdown’ backups of the Active Directory database and logs, when the requirements are met.

To offer the best integration between the virtualization host and guests, VMware offers VMware Tools. Similarly, Hyper-V offers Integration Components (ICs). Hyper-V’s ICs come with the Windows Server Operating System (OS) and are automatically kept up to date through Windows Update. VMware Tools, however, need to be installed inside the virtual guest and require somewhat more effort to keep up to date.

When you create a backup of Domain Controllers using the relevant VSS writers, an event is logged in the Event log. This event has event ID 1917 with source ActiveDirectory_DomainService and is recorded in the Directory Services event log (underneath Application and Services logs).

When Active Directory-aware backups do not occur, you can check the relevant VSS writers for errors:

Both writers can be checked with the following line of code in an elevated Command Prompt (cmd.exe) window on a (virtual) Domain Controller:

The output of the command lists all the VSS writers on the system. The relevant VSS writers are among them.

Tip! Backup to a location outside of the reach of Active Directory

One of the other mistakes I see admins make is to write all domain controller backups to a (networking) location that is governed by access control lists (ACLs), filled with Active Directory principals.

When restoring Domain Controllers from previously created backups, the proof is in the proverbial pudding.

Tip! Do not use the granular restore functionality

Altaro VM Backup offers granular restore functionality. It sounds great to just restore the registry, just the system volume (SYSVOL) or just the ntds.dit from backup to restore a Domain Controller to a previous state.

However, this is not supported from an Active Directory point of view. Altaro VM Backup supports granular restores for file servers and Exchange Servers, but not Active Directory users, computers, groups, gMSAs, Organizational Units (OUs) and/or Group Policy objects.

Tip! Do not use the Replication functionality

When Active Directory is unavailable, a networking environment is severely crippled. In a past survey, Exchange admins estimated they’d lose their jobs when mail is unavailable for three days. You can bet Identity admins lose theirs even faster.

Additionally, you will want to make sure any Azure AD Connect installations, Azure AD Connect Health agents, Azure AD Password Protection agents and Microsoft Defender for Identity sensors do not have access to the Internet to avoid causing unnecessary alerts, resulting a minor nuisance, and to avoid synchronizing changes you intend to make only for test scenarios, which may become a huge pain in the behind.

By default, the product doesn’t create Application Consistent backups. Make sure to enable the feature in the management interface for your virtual Domain Controllers.