A quick look at the Sunrise Calendar app

Now that Microsoft has purchased the Sunrise Calendar app, it's probably a good idea to take a closer look to that app and see what we are or will be dealing with before everyone panics (again). The Acompli Outlook app for iOS and Android (from now on referenced as just the Outlook app) has received praise regarding it's functionality and usability, but also a lot of criticism on security and compliancy. A major issue is the temporary caching of data and

Updated 8/15/2014: see the bottom of this article for additional information on changed AutoDiscover behavior of Outlook 2013. Consider the following scenario: An Active Directory (AD) domain named equal to the SMTP Suffx, so the mailaddress dmstork@contoso.com in the contoso.com AD domain. No on-premises Exchange, this means that there is no Service Connection Point (SCP) in A. Outlook 2013 (or lower versions from Outlook 2007 up). Exchange Online (or any hosted Exchange for that matter). Additional issue: You’ve got an external

END_OF_DOCUMENT_TOKEN_TO_BE_REPLACED

Be careful with Outlook customizations! Use AutoDiscover!

During a migration from Exchange 2007 to 2013, we moved several mailboxes as pilot users. Coexistence was fully configured and on my test machine everything worked fine. However, the pilot users had trouble connecting with Exchange 2013 after their mailbox was successfully moved to Exchange 2013 servers. OWA and ActiveSync worked without any hitch. The problem was that Outlook would update its server settings, even though (internal) AutoDiscover worked perfectly. Outlook seemed to retain its settings for Exchange 2007, which

END_OF_DOCUMENT_TOKEN_TO_BE_REPLACED 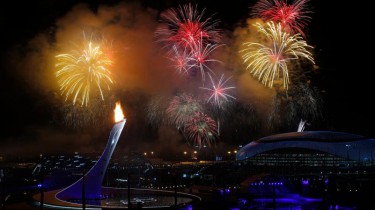 Yesterday the Exchange Team finally released Exchange 2013 Service Pack 1 (SP1). And even as promised within early 2014! Nothing like a major release to get those blog writing blocks lifted . Download SP1 here and see their blog here. Be sure to check out the release notes and the What’s New page. So, what now? Hopefully many of you have installed previous Cumulative Updates (CU). But even if you haven’t (although I hope you’re not still stuck with CU1

It's something most organizations encounter at some point: A mail server with no more space left or user's can't get a higher quota due to limited storage resources. Even with a basic policy regarding mailbox quota's, running out of resources is still something that can happen if the server was not sized properly or upgraded to handle changed conditions (larger quota's, more mailboxes etc.). Most straightforward would be upgrading the storage solution, but there are other options that could be

Even if you have a computer with Outlook 2010, sometimes you want or need to do stuff in Outlook Web App (OWA). For instance, remote wipe your lost ActiveSync smartphone. But what if you do not remember the URL and the servicedesk is closed etc. etc.? Well, if you have Outlook 2010, you can look it up. Go to File>Info A new screen will appear and the URL will be shown right under Account Settings: For security reasons I obfuscated

Today I fixed an issue where Outlook 2010 clients via Outlook Anywhere didn't get Mailtips, but OWA, internal and users connecting via VPN did get them. Mailtips are using the EWS IIS virtual Directory. As ISA 2006 was used (and it does not have Exchange 2010 wizard as I recall), I checked whether EWS was allowed by the publishing rule. It was. Also I checked the ExternalURL, most of the time this would have to be the same as the

Public Folders and the DAG

When realizing a High Available Exchange 2010 environment, you automatically going to use DAG (Database Availabilty Groups). It is a different approach with previous versions of Exchange, who leverage server redundancy. DAG supplies us with mailbox database redundancy. When using a DAG the single point of entry for your clients and for all protocols (including MAPI RPC), is the Client Access Array (or CAS Array). Essentially a DNS record pointing to a Load Balancer. A Hardware Load Balancer (HLB) is