During an Windows 8 event (Dutch) organized by the company I work for (OGD ICT Diensten, Dutch) there was also a small exhibit hall. I was responsible for Office 365 and Exchange and even demonstrated the Exchange 2013 Preview, especially the new OWA on an iPad. That’s awesome BTW

But Samsung also had a stand (next to others) and next to the very interesting ATIV tablets, they also had the Windows Phone 8 (WP8) ATIV S! I could even touch it and check it out (no simcard in it and no WiFi unfortunatly). So, I made some quick pictures of interesting screens, mostly of Windows Phone 8. Unfortunately there is some reflection (I was in a hurry), but still interesting. Enjoy! 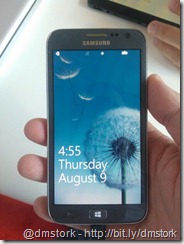 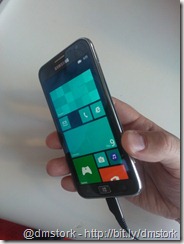 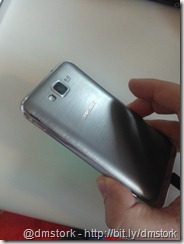 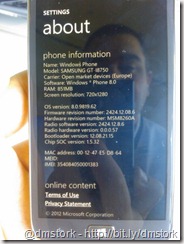 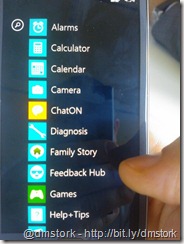 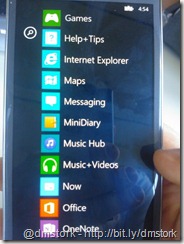 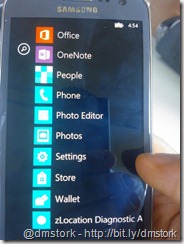 All the available apps. Some are Samsung apps (like Family Story, MiniDiary, Music Hub), but some notable new WP8 apps are the dedicated OneNote app and Wallet. And obviously new icons for the Office app and Music+Videos. 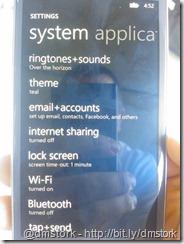 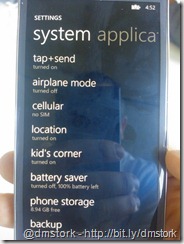 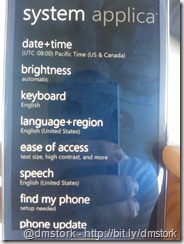 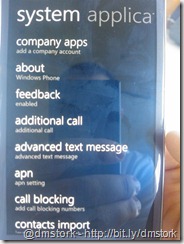 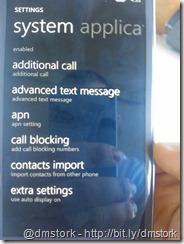 All the system settings available. New options: Tap+send (NFC), Kid’s corner (didn’t remember what that does… sorry), Company Apps, and the possible phone specific Additional call, Advanced Text Message, Call blocking. I don’t have them on my Lumia’s. 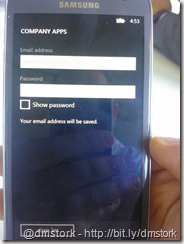 The Company Apps setting. Unfortunately I didn’t have more time to fiddle with it. But it looks like it will have some form of AutoDiscover like ActiveSync/Exchange based on the fact you have to enter your (company) Email address. 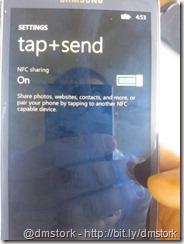 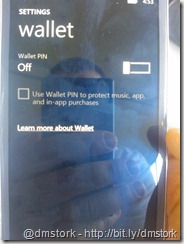 You can secure the Wallet App with a PIN. Probably you will have to enter your PIN for each purchase, just like the App store from Apple. I would probably have this enabled (it wasn’t when I encountered it, so possible not a default state). 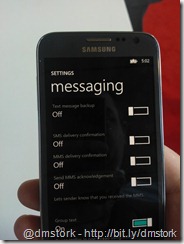 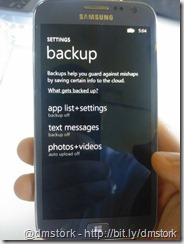 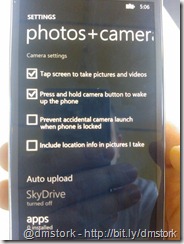 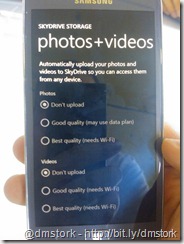 The Text message backup function caught my eye. I loved the SMS-sync functionality Exchange 2010 provided via ActiveSync. SMS messages would be synced to you Exchange mailbox, but you could also send SMS messages via OWA and Outlook! Unfortunately only Windows Mobile 6.1 and 6.5 provided this functionality, it is not present in WP7. Would this mean it is back in WP8?

WP8 apparently can upload pictures, videos (!), text messages but also app lists and settings. Finally! I wonder if this means you can also sync settings between multiple WP8 phones? 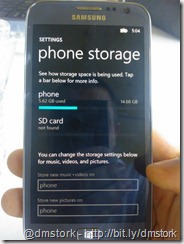 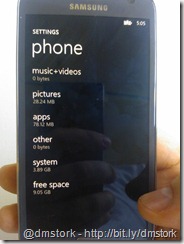 More specific information on how much space is used on internal storage or the (optional) SD card. Furthermore it appears you can redirect the default storage for music, videos and pictures which makes a lot of sense. I didn’t check whether apps could redirect their own storage, for instance saving attachments from the Mail app. 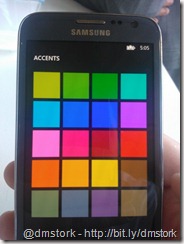 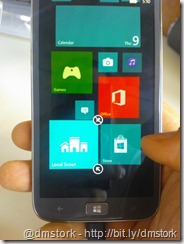 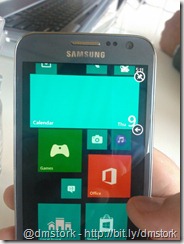 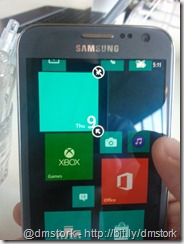 The new colors accents provided by WP8. And the new Start Screen in action with the different sizing of tiles.

So, overall: First time I’ve had hands-on experience with Windows Phone 8, which has some much needed improvements and some other new features that deserve a closer look. The hardware: nice phone, thin, light, good responsiveness (not that that was an issue with Windows Phone 7) and the looks are good if you like a more conservative design and color.

I still want to handle the Nokia 920, 820 and the HTC 8X and 8S before making possible buy though.

BTW: proof that it was me at the Samsung stand: here, here and here.