No, Windows Phone ActiveSync is not on par with OWA for Devices 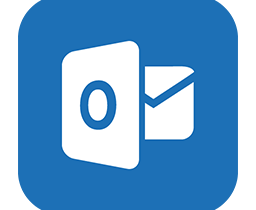 @WayneHRiddle You don't need it for WP. Native app handles all of that functionality.

I've heard this argument before, that the Exchange ActiveSync (EAS) implementation in Windows Phone doesn't require an OWA for Devices app (or MOWA as is the official acronym) like iOS has (for iPad and iPhone) and what is currently in preview for Android.

Although the Windows Phone 8 ActiveSync implementation doesn't have the issues both other mobile OS's have, it's certainly not on par with OWA for Devices. Heck, it's not even an implementation that has all possible capabilities, for instance SMS-sync is an option and was last seen in a Microsoft product with Windows Mobile 6.x (!). But besides that, what features do I mean? Well, one important distinction is data isolation. Where EAS would in most cases (Mail app in Windows 8 and 10 is an exception as seen here) wipe the whole device and revert it to factory defaults, OWA for Devices only wipes the data within the app. This distinction is an important one, as users sometimes forgo using ActiveSync in fear of losing personal data (photos of your dog or kids doing cute stuff) when a Remote Wipe is instigated; for instance due to too many faulty password logon attempts or an admin clicking on the wrong button.

Another difference is that security policies like screen lock timeout and PIN requirements are also in-app only, which some users might find too restrictive. Or in the case of most Android phones would mean you'd be forced to use a PIN or password instead of a flow diagram to unlock your phone (similar to Windows 8's Picture Password option). To be fair, that's the OS's implementation of the security requirement, as Apple has shown it can substitute that with FingerPrint ID (after one PIN input at startup).

That's not all. One highly requested feature in my experience is the ability to open shared folders, like Calendars or mail folders. That too isn't possible with EAS, unless you've got the credentials to enter the account separately. That's not always an option; Shared or Resource Mailboxes have a disabled account and this is the reason you don't need an Exchange and Windows license for them. At least Shared Calendars are possible with MOWA. And then there's the support for OWA Apps, like Bing Maps. And I could probably go on for a while.

There are certainly downsides to MOWA compared to EAS, big one is the lack of integration of Calendar items in the default calendar app, which makes single view of appointments not possible. Same goes for inboxes. But that's the price for data isolation, I suppose. Yes, I know that contacts can be synced to the local contact store, but this can be blocked by the admin and they are wiped when a Remote Wipe command is issues. However, I guess appointments and mails are a different beast security wise and syncing those locally is a greater security risk than contacts. And having contacts in your local contact store makes a lot sense, as you then can call them quite easily via phone and recognize the phone number when they contact you. Another big downside to MOWA is that it works best with Office 365, directly with Exchange Online or on-premises with Exchange 2013 CU3 but you still need an Office 365 tenant for push notifications.

Yes, the Windows Phone EAS implementation has way less issues than iOS or Android, which is to be expected as they are from the same company. And it makes sense that iOS and Android have an EAS alternative provided by Microsoft, as their EAS implementations have been proven to be problematic or catastrophic at times. However, it's certainly not true that EAS is on par with MOWA regarding features.

Unfortunately Microsoft hasn't stated any plans to create a MOWA app for Windows Phone, which is in my opinion a shame. And if we look at the development of EAS, that hasn't been improved with new features since Exchange 2010 (SP1 to be exact), which is now in Extended Support.

Perhaps the future will show us improvements. Microsoft has acquired Acompli, a third party groupware app for iOS and Android (again, no Windows Phone). Perhaps that will find it's way to Windows Phone. Or perhaps Exchange vNext (or codename Gemini or Exchange 2016 as some name it) will show improvements in EAS, but new features would also require support in Windows Phone. Which brings me to Windows Phone/Mobile 10, the successor of Windows Phone 8. Will that one include a more feature rich groupware (Exchange) experience that owners of non-Microsoft mobile devices currently already have? Only time will tell, I suppose*.